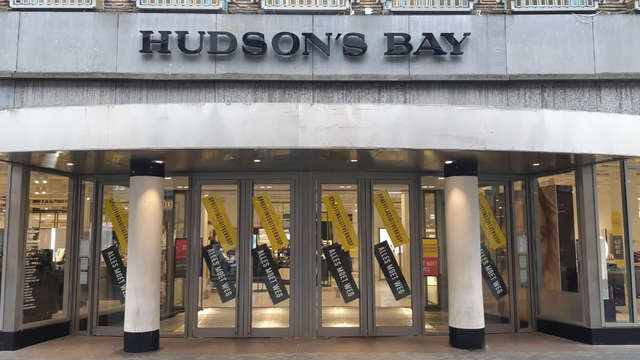 Owners of buildings where bankrupted Hudson Bay chain stores were located now believe that the retail chain is fraudulently trying to clear out late rental debt. They fear losing € 200m as a result.

The five retailers are taking the retail chain in their home country of Canada to court. According to Canadian court documents, CBRE Global Investors, the Maastricht property owner, is involved in the process.

Fraudulent transfer of assets
According to the Dutch store owners, Hudson’s Bay fraudulently transferred the assets to the Bermuda tax haven. The owners say the Canadian company was destroyed in order to “cancel, impede, harm or defraud creditors”.

The retail chain is said to have placed its most valuable assets, such as real estate in the United States, in a so-called offshore company in Bermuda. In this way, it will be very difficult for creditors to be able to collect outstanding debts. “If you are going to get the rent in Canada, you have to go to the agency that issued the guarantee,” one of the landlords’ attorneys told FD. “And this entity suddenly has much less capital. The owners are asking: Is there anything left?”

A failed adventure
Hudson’s Bay closed its stores in the Netherlands at the end of 2019, including the Maastricht branch in the old V&D building in the city center. Landlords say they are still entitled to a late rent. They are said to have renewed properties for many millions at the request of Hudson Bay and obtained long-term leases and other guarantees in return. They say Hudson Bay still owes them a lot of money.

The lawsuit in Canada is a new step in the already complex legal battle to settle the bankruptcy of the Dutch retail chain. A Hudson Bay spokesperson denied the fraudulent asset transfer allegations. The spokesman told FD that “these new allegations from the Dutch owners are purely tactical and unfounded, and we defend ourselves strongly against them.”