Le Pen re-elected as leader: We will not return to the National Front 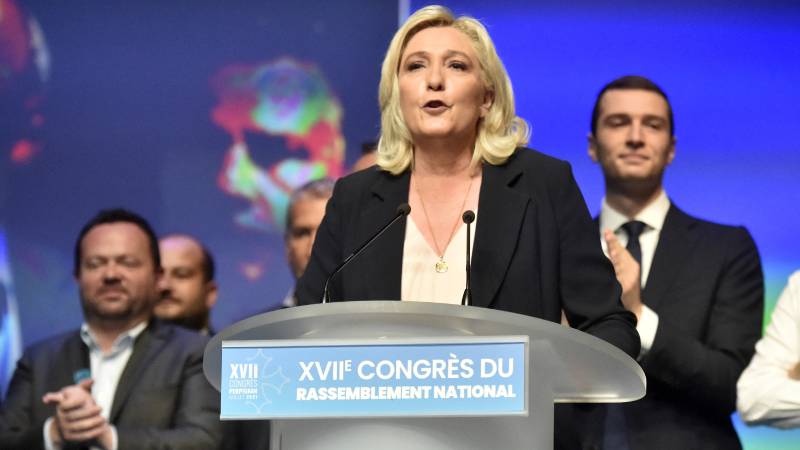 Marine Le Pen has been re-elected as leader of the populist right-wing National Rally party, the former National Front, ahead of next year’s presidential election. The nomination was not surprising. There were no other candidates.

party record in regional Elections last week. Nationally, the National Rally did not win a majority in one region.

“The elections were disastrous for the National Assembly,” said Frank Renotte, a correspondent for the National Assembly newspaper. Radio NOS 1 News Yesterday, the first day of the party conference. Since then the debate over Le Pen’s path has raged. “That’s great. Because Le Pen has been the leader of the party for ten years, and in that time I’ve never heard a tough debate about her trajectory.”

In recent years, Le Pen says, Le Pen has given the party a “decent face”. “Her father used to be condemned, for example, of anti-Semitism. Now there are prominent figures within the party saying, ‘Is this moderate path the right path if she scores very poorly in the elections?'” “Some members think the party may need to go back to a harder path, toward street fighters rather than decency.”

Le Pen, 52, gave a speech this afternoon at the conference in Perpignan, the place in southern France where the party has done well. She made it clear that she is sticking to her current path. “We’re not going back,” she said. “With all the respect we have for our history, we’re not going back to Front National.”

See also  The Australian state of Victoria extends the lockdown. • The infection in England is 26 times higher than last year

Low turnout may be another reason for the poor result in last week’s elections. A third of the population went to the polls. Nor has President Macron’s party done well.