“Let’s do our part as a country” – Suriname Herald 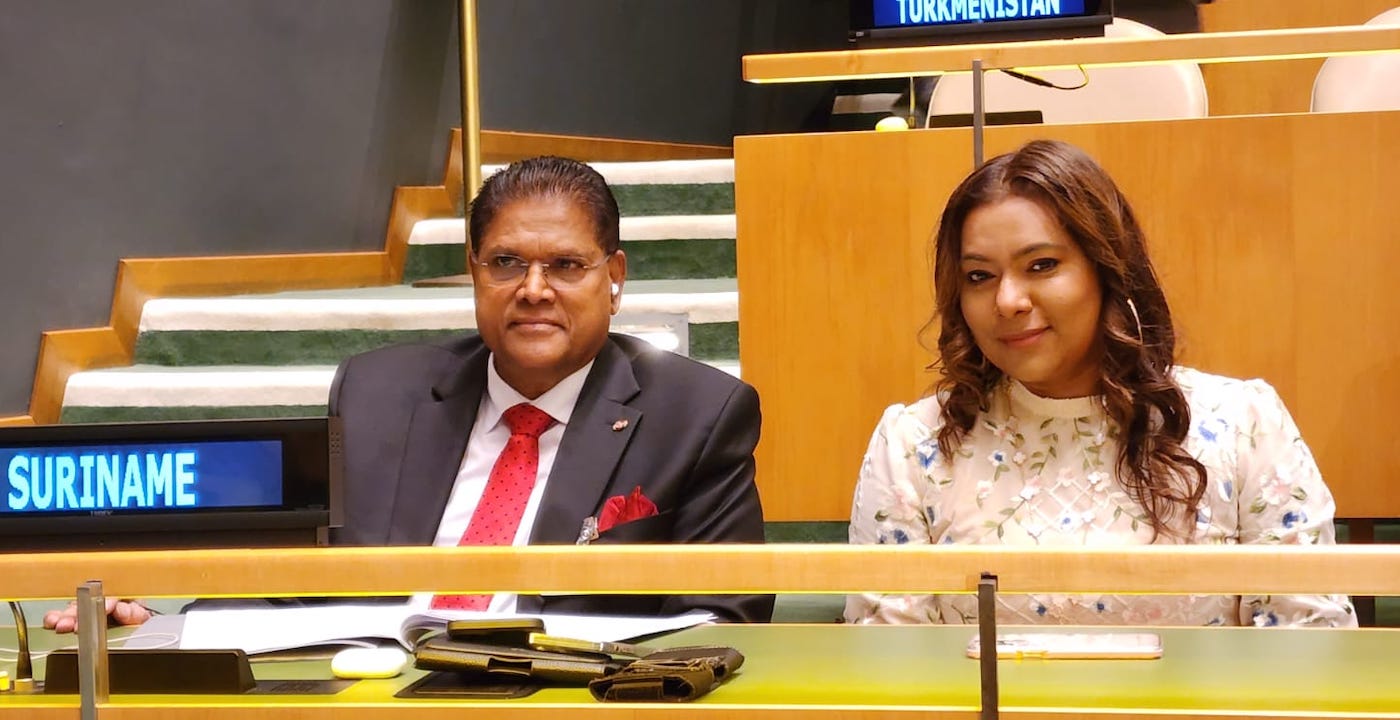 First Lady Melissa Santokhi also attended the 77th meeting of the United Nations General Assembly in New York today, where President Chan Santoki delivered his speech. In response to this speech, the first lady responded on her Facebook page with the words: “Let us as a country do our part.”

I wrote that the President invited various world leaders to engage in dialogue in order to address the different challenges we all face around the world. Let us as a country do our part in this. Let us help each other where we can, let us love our nature, let us love each other. Only in this way can we become a better country in the world.”

Among other things, President Santoji called on leaders to take more action against the ever-increasing threats and challenges. He noted the slowdown in the economic recovery caused by the COVID-19 pandemic, the worsening climate crisis associated with extreme weather events, the loss of biodiversity and the collapse of ecosystems, the increase in poverty and famine, and the humanitarian crisis.

President Santogi also drew attention to the vulnerability of Caribbean countries in the context of climate change. It refers to islands and low-lying coastal states that are exposed to enormous risks as a result of climate change.

The president also said that since taking office two years ago, his government has made efforts to get Suriname’s economy back on track and put the country’s development on the right track from a totally untenable position.