Locals offer their own plan for Ridderveld in Emmen 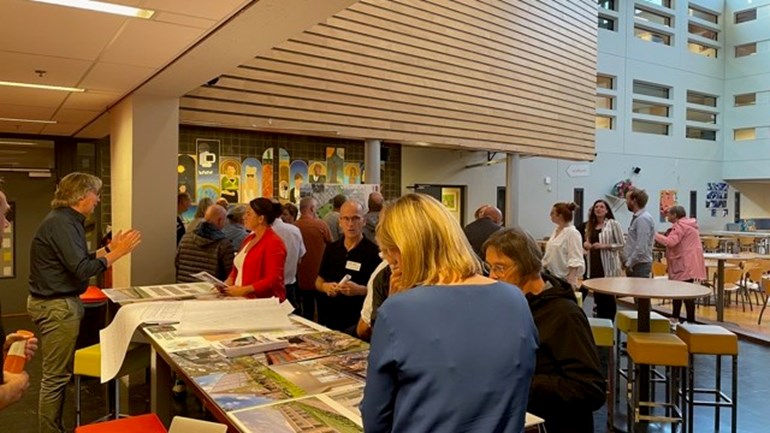 At the same time, the Het Gasthuis Care Foundation gave a presentation on its initiative: a small-scale shelter for people with dementia. A plan that some locals don’t like at all. Since the demolition of a school on the site in 2011, the field has been used as a playground by local youth.

In recent years, there have been plans for a new school and housing on the vacant site. However, each initiative encountered resistance from the neighborhood. “This is the only area in our area where young people can go,” says Tiny Volders of the committee. Goals and playing equipment have been installed in recent years.

In order to permanently protect the square from construction, the group of residents submitted a plan for a meeting place. “We collected all kinds of ideas in the neighborhood and poured them into the citizens’ initiative. With 500 signatures, we delivered them to the town hall.” In the plan, the commission calls for, among other things, access to exercise equipment, a playground, a basketball court, a Geo de Paul, a soccer field, a swing for wheelchairs, and a relaxation area. “We are now hoping to get support from the municipality,” said Folders. She believes the proposal will be discussed in October in the city council.

In the Het Gasthuis plan, about half of Ridderveld will occupy the care of people with dementia. “Then half of them stayed, and we don’t think that’s enough,” says Folders. The distinctive chestnut tree should also clear the field. “All we think is eternal sin. No, we’re betting high. You either hit or miss.”

The potential accessibility of a refuge in Ridderveld was already discussed in 2018, but only took shape this year. The building consists of two floors with an area of ​​20 apartments.

Roden already has a shelter from Het Gasthuis, in Meppel and Hoogeveen, and potential sites are also being considered. Municipal land also has a social purpose. The guest house fits perfectly in those frameworks.

Annemieke Bambach from Het Gasthuis is delighted with the place allotted. “Ideally, our clients feel part of the community. That isn’t possible somewhere then.”

As for the choice of place, she refers to the municipality. “They offered it to us and it meets our standards for us.” She had previously experienced the panic surrounding the establishment’s website. So the guest house would like to start the conversation to see if there are opportunities for closeness or cooperation. It also sees the fact that half of the site is still available as a “good compromise”.

Alderman Jesse Otter also feels the same way. “Because there is still room for a playground.” He cannot yet determine the potential impact of the plan presented by the Citizens’ Committee. “That should be presented to the council first. They should think about it first.”

However, he did point out that Ridderveld as a stadium was always intended to be a temporary use. He always left the door open for new initiative. “Furthermore, the need for housing has increased, also for this target group. Keeping it as a stadium costs us four hundred thousand euros. Yes, there is also a financial aspect to it.”