Lukashenko: “Maybe immigrants helped us go to the EU, I won’t find out” 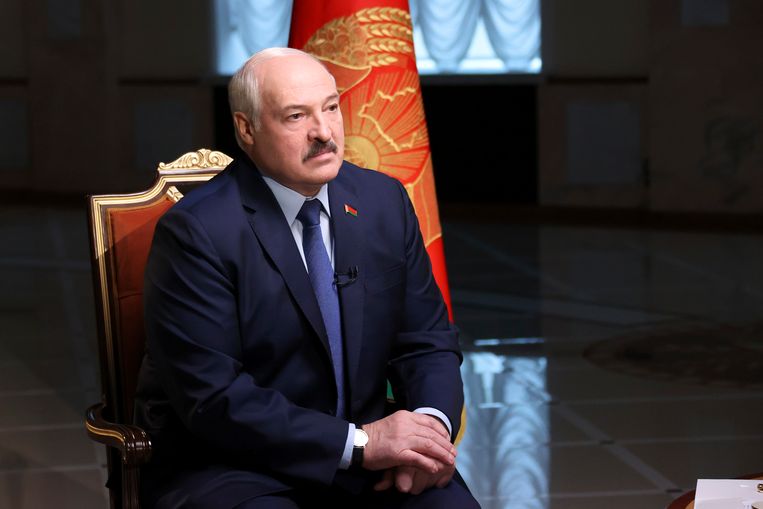 In an interview with dbbc In his presidential palace in Minsk, the dictator remains ambiguous about the role of the state. On the other hand, Lukashenko denies that he brought foreign asylum seekers to Belarus to put pressure on the European Union. At the same time, he says, it is “quite possible” that Belarusian soldiers will help people cross the border into Poland illegally. “I won’t investigate that further.” Nor does he intend to ban immigrants. “They are not coming to my country, they are coming to your country,” he told the BBC.

After the rigged elections in August 2020, people in Belarus descended in droves. For a moment, Lukashenko’s position seemed to falter, but he regained strength by crushing all protests and strikes with an iron fist, arresting the opposition, journalists and activists. After he hijacked a Ryanair plane in June 2021 to arrest journalist Raman Bratacevic and his girlfriend, the United States and the European Union escalated sanctions against his regime.

Then Lukashenko had people from the Middle East, Afghanistan and Africa come to Belarus on tourist visas, only to drop them off at the border with neighboring EU countries. This has been happening since the summer, but at the beginning of November Lukashenko escalated the pressure: thousands of migrants suddenly appeared at the Polish border – they were brutally stopped by Polish border guards.

Lukashenko rarely gives interviews to Western media, but the conversation with the BBC was heralded by Belarusian state media as “a very interesting conversation with a major Western news channel”. The opposition criticized the interview: expatriate opposition leader Svetlana Tikanovskaya and its chief adviser Franak Vyakorka say they regret that the BBC “gave the stage” to Lukashenko so he can spread “lies and propaganda”.

In the interview, the dictator admitted that his security services had beaten people arrested for the protests. “Okay, okay,” he says, “I admit it.” People were beaten in the detention center in Okristina. But the police were also beaten, and did not show it.

Human Rights Watch said it spoke last year with people who told of how they had been tortured in captivity. They were beaten, given electric shocks and were said to have seen the same or worse for others. They were seriously injured: broken bones, teeth came out of their mouths, burns, and in some cases kidney and brain damage.

Last week, Angela Merkel became the first European leader in contact with Lukashenko: I spoke with him on the phone about humanitarian aid for refugees trapped in the buffer zone between Belarus and Poland. The makeshift camps are now deserted: thousands of migrants are now housed in a logistics center in the border town of Brozge, where sleeping quarters have been created with the necessary improvisation.