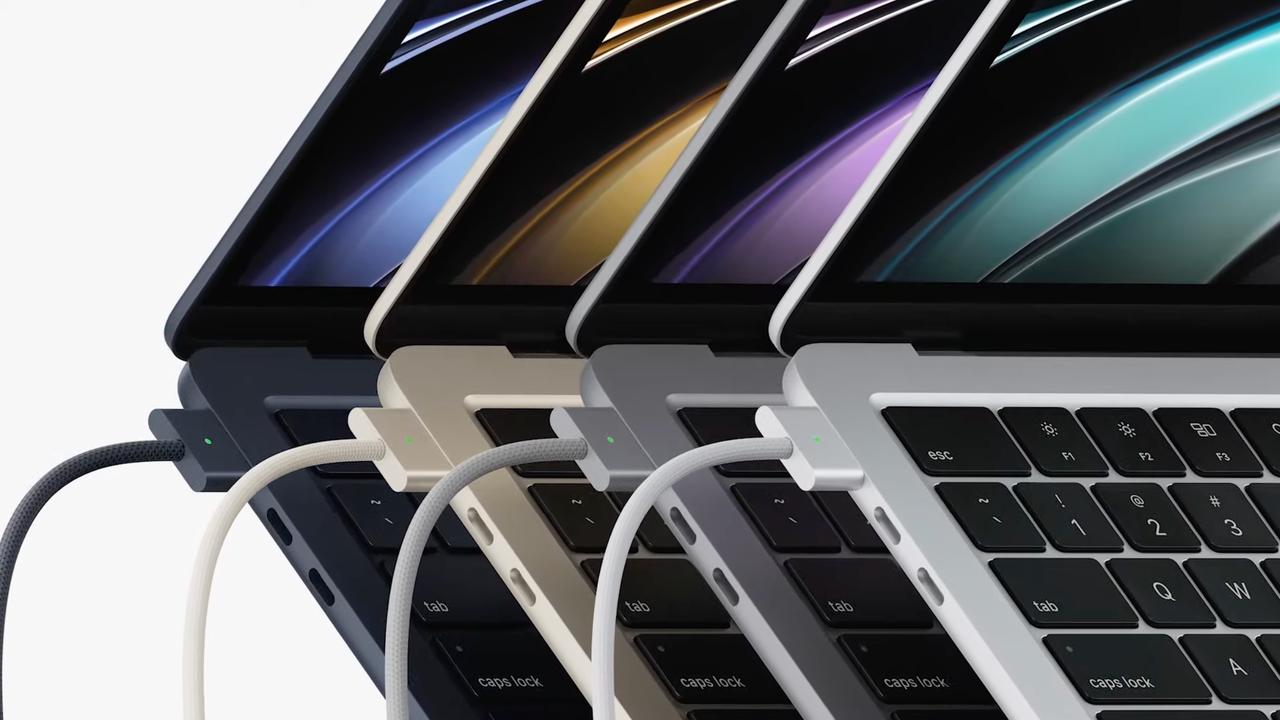 MacBook Air is updating. Apple showed off the new laptop Monday evening at the WWDC Developer Conference. The MacBook Air is one of Apple’s first laptops with a new M2 chip.

Apple’s M2 chip is made for the new Mac computers. A processor should make computers faster, more powerful, and more efficient.

Apple showed off the new design of the MacBook Air. The laptop sleeve is no longer slanted, but rather steeper. This makes it look like a MacBook Pro when closed. According to Apple, the laptop remains light (1.23 kg) and thin (11.3 mm).

The Air’s screen size has also been increased, i.e. 13.6 inches instead of 13 inches. That’s because the edges are getting thinner. The webcam is placed with a slit at the top of the frame. By the way, the camera has been improved. It now supports 1080p resolution instead of 720p and should provide better images in low light.

MacBook Air features two Thunderbolt ports, a MagSafe charger port, and a headphone jack. The laptop will be available next month in four colors. It costs 1519 euros.

The new operating system for Mac computers is called macOS Ventura. One innovation is the theater director. This allows users to move all open windows to the side view of the screen, while the active screen remains fully featured. This should make it easier to switch between windows and keep an overview.

The iPhone can be used as a webcam in macOS Ventura. The Mac automatically recognizes the iPhone, Apple reports. The feature can also use the wide-angle lens to capture the presenter’s face, as well as an overhead view of the office. According to Apple, this is useful for creating DIY videos or displaying graphics.

In the web browser, Safari comes with the option to browse with others. Shared tab groups allow people to share their favorite websites and directly see which tabs others are viewing. This feature is also available on other Apple devices.

macOS Ventura will be available as a public test version from next month. It will be officially available for free to Mac users in the fall.