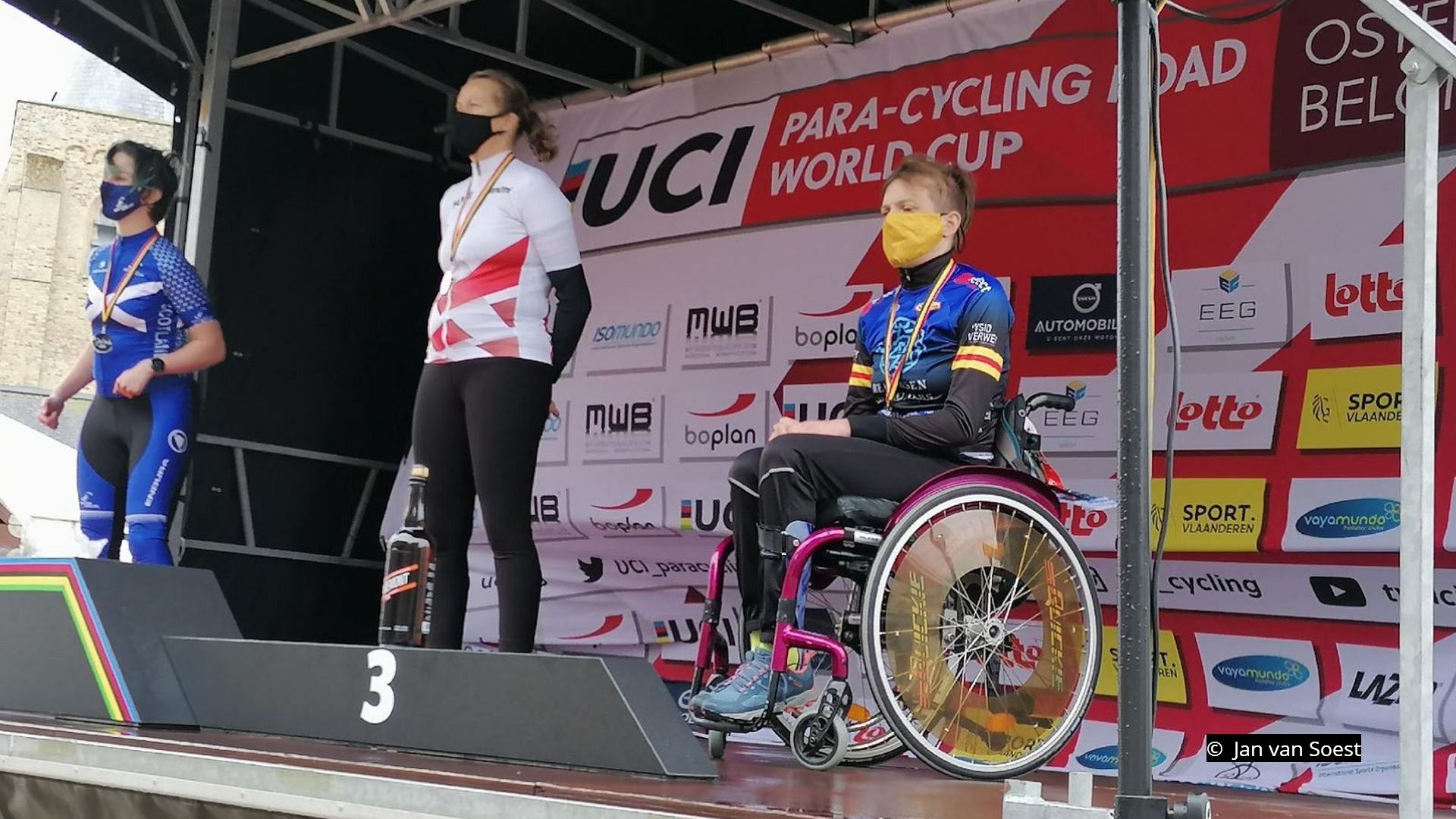 The Flanders cycling tour kicked off from Bruges to Rhones in Belgium on May 2. This is a challenging course with poor back roads and slopes of up to 16%. Mariky took first place in the tricycle category.

A few days later, she competed in the Cycling World Cup in Ostend. 450 cyclists, hand cyclists and cyclists from 44 countries participated here.
In that road race, Maricky managed to win the third prize. It had to compete with the best riders from the United States and Great Britain, among others. The weather was horrific during this race, with plenty of rain and winds on the Belgian coast.
By jumping off the set early on, Van Soest was able to make a hole. That earned her third place at the end. Jan van Soist: “In itself it is great if you participate in an international competition for the first time.”

It is difficult for Marek Van Soust to determine her level in the Netherlands as she is the only woman actively participating in the sport at the moment.
She will be very happy if more people with disabilities choose this sport.
She hopes to create more awareness of this in this way. Tribikers can always contact them or KNWU for information.