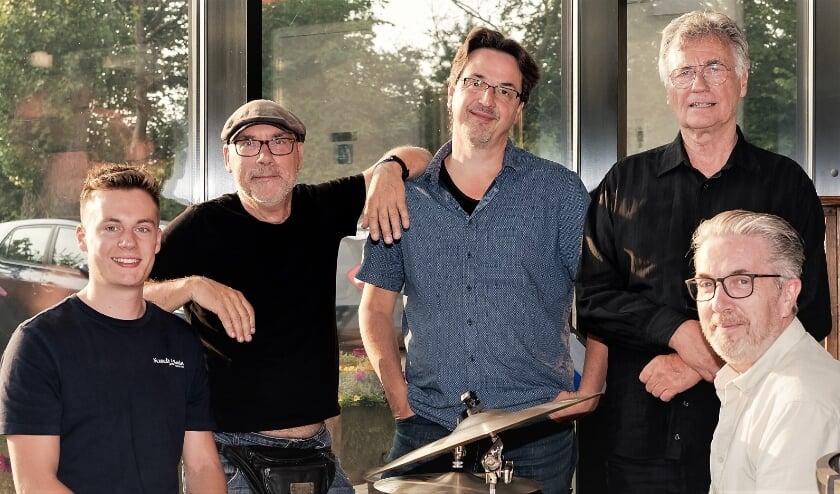 Even if you do not know Marinus Freak personally, you are likely to have seen the name of the band he once played for. For example, in 1978, he was one of the founders of The Sandy Road Band, which Marines describes as a ‘modern-sounding dance troupe with an emphasis on beautiful pop songs and more or less danceable’. I could only see that band at the countless parties and other events that took place in Walsern in the eighties. You saw the van used to load tools everywhere. Marinus had already left it, but still: he was closely involved.

CD first, then Traveler
In his own words, Marinus has not really done what he can to overcome, but he has been breaking new ground throughout his life and has always sought new challenges. In 2018, during a poetry competition at a church in Ellewoutsdijk, he ran with producer and musician Peter Wessel. The two have known each other since Peter Middleberg was in the music business van Tom, but have never worked together on music. After a few meetings it became clear that they had clicked. Marinus still had many of his own songs on the shelf, so releasing a CD was an obvious choice. To promote the record, including performances at Oranjezon, Marinus revived his old band Traveler, along with many new musicians. The fact that this happened shortly after the CD’s release explains why the album can be found on the Traveler website in the band name, but on Spotify, for example, under the name Marinus Vreeke.

Peter
Marinus enjoyed working with Peter Wessel, who recently published his own work. “He’s the best composer I’ve ever worked with. I’m an amateur, he’s a pro. It makes your music better. He was the first to truly understand my music. Our collaboration has resulted in something beautiful and new. I think it has become a new type of folk rock. It’s not everyday and different. “Marinas is not twenty now, but he’s far from thinking about stopping the music. He still rehearses with the band every month. New songs are recorded until the next CD gets enough material.