Mars may be too small for the inhabitants of Mars 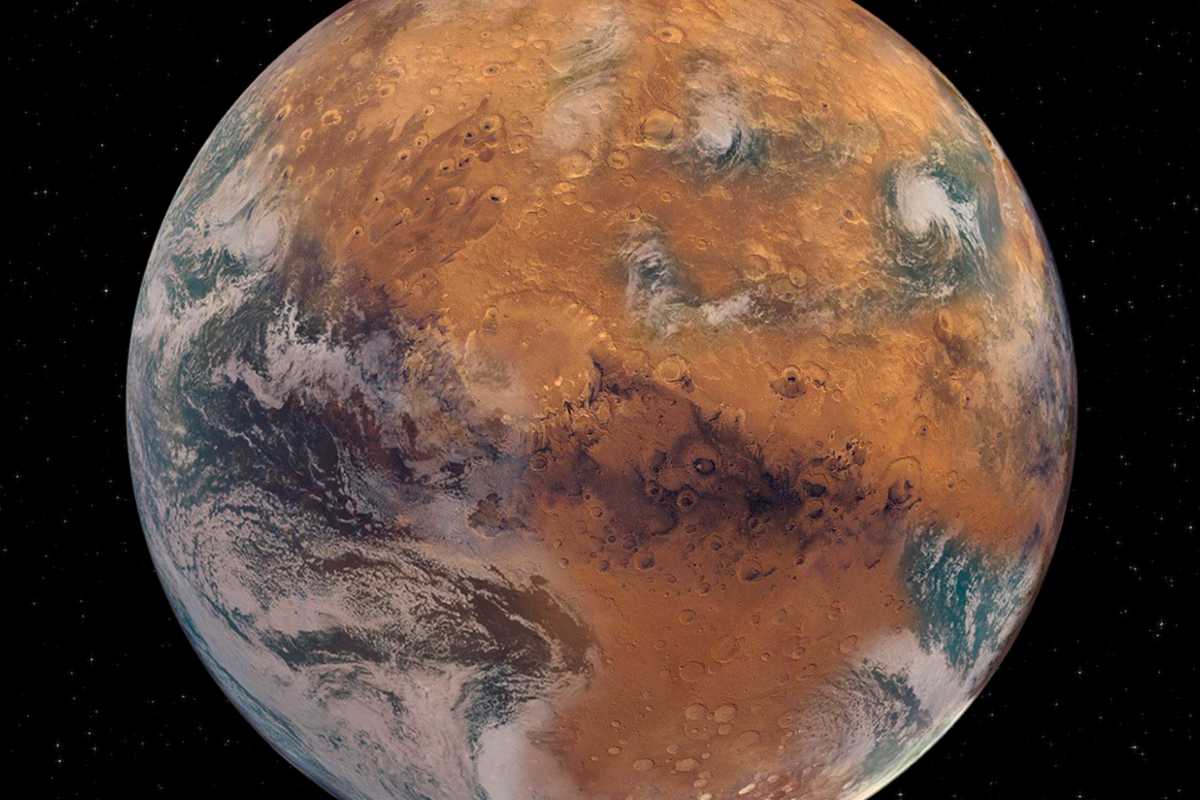 Mars’ habitability may be severely limited by the planet’s small size.

Water is one of the most important components of life as we know it. And one day Mars must have suffered from that, too. Numerous canyons carved in rivers and even entire deltas are found on the surface of the Red Planet. The thieves found evidence in the pits that they once harbored lakes. All of this stands in stark contrast to Mars today. In 2021, liquid water cannot be found on the surface of the Red Planet, so Mars no longer seems as suitable for life as it once was.

too small
But why isn’t there liquid water on Mars anymore? It is often attributed to the planet’s weakening magnetic field, which heralded the demise of Mars’ thick atmosphere and eventually caused nearly all of Mars’ water to disappear into space. For example, the red planet may gradually transform from a particularly warm and humid planet to a cold and dry one.

condemned
You can conclude that Mars – unlike Earth, which is still very comfortable – was bad luck. But in a new study, scientists have come up with an alternative theory. Because of the planet’s small size, Mars was doomed to lose water from the start.

gravity
It’s very simple, researcher Kun Wang explains to Scientias.nl. “Gravity – which is in turn determined by a planet’s mass – determines how many volatile elements a planet can hold during its formation.” If a planet is small in size and mass, gravity is also weaker and volatile elements (such as hydrogen) can easily escape that gravity and slip into space. “This axiom is not new, but it has never been proven with real data,” Wang said. But that has now changed. “Our research is one of the first to show a perfect correlation between a planet’s size and the rate at which volatiles disappear into space.”

potassium
In their research, Wang and his colleagues focused on potassium: a volatile element, but not as volatile as hydrogen. “The more volatile an element is, the more that element disappears into space,” explains Wang. This makes the element more difficult to measure, because there is still so little of it. Potassium is a moderately volatile element. It is not so volatile that it is completely lost and therefore easy to measure.”

meteorites
Wang and his colleagues found 20 Martian meteorites that are between 200 million and 4 billion years old. “We measured the chemical composition of these meteorites,” Wang said. “We focused particularly on the ratio between the heavy potassium isotope (K-41) and the light potassium isotope (K-39). Measurements indicate that during its formation Mars lost more potassium – and other volatile elements – than Earth (which is much larger). But at the same time, the Red Planet was able to absorb much more of these volatile elements than the Moon and the asteroid 4-Vesta; Two celestial bodies smaller and drier than Earth and Mars.

Mars
It confirms the previously mentioned suspicions of a relationship between the size of celestial bodies and their ability to hold volatile elements. But what does that mean for Mars? “There is no doubt that billions of years ago, liquid water flowed on the surface of Mars,” Wang said. This is evident from morphological and mineral evidence, such as pictures of dry river valleys and canals. But you can’t determine how much water there is from the start based on that. Some people have painted a very rosy picture of the little planet Mars, arguing that it contains more water than Earth. This, in turn, has led many people to wonder: If life originated on Earth, why wouldn’t it be on Mars? In our study, we set a limit on the total amount of water and other volatile elements that can collect on the surface of Mars, and argue that these amounts must be much smaller than those on Earth. This also means that the chances of life forming on Mars are lower. It is in keeping with the fact that we haven’t found any signs of life on Mars yet. This new study brings people back to Earth.”

The research certainly has implications not only for Mars, but also for the search for life on planets outside our solar system. Researchers regularly discover such exoplanets. And if it is rocky, then the question immediately arises whether there is life. At the moment, to answer this question, the first thing to consider is the distance between the planet and its parent star. Because it dictates whether liquid water can exist on such a planet. The short distance from the parent star means that any liquid water will evaporate. And if the distance is too large, then any liquid water will already freeze. So a planet would have to be at a certain distance from its parent star – in the so-called habitable zone – to be able to accommodate liquid water. However, the new research is in favor of considering the size of the planets as well as the distance from the parent star. “The study shows that for planets there is a very narrow range of sizes, with planets containing enough – but not too much – water to allow habitable conditions on their surfaces,” said study researcher Klaus Mezger. “These findings will help astronomers search for habitable exoplanets in other solar systems.” Wang agrees. “The size of an exoplanet is one of the easiest criteria to determine. Based on its size and mass, we can now determine if a planet is a candidate for life, because size is the first important factor for retaining volatile elements.”

See also  Crossroads Boermarkeweg Emmen will be repaired next spring