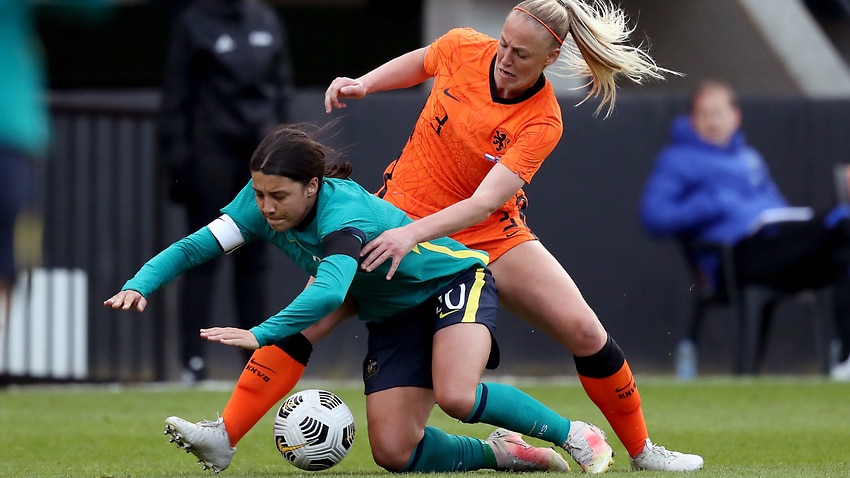 Just as Olympic champions Germany lost 5-2 on Saturday, Tony Gustavson’s Australian national team on Tuesday once again realized the big gap in the class that separates them from the world number one in a one-sided affair.

The Dutch, helped by Modildas’ recession and their own offensive instincts, ran with the goals of world champions No. 4 Jill Root, League Martens, Jackie Cronen, Lynette Byrnestein and Daniel van de Dong.

When Gustavson came to power, his superstar captain Sam Kerr was one of those who said that Sweden’s attitude was about “goals, objectives, goals” and music to his ears.

Unfortunately, on another exciting opportunity for Australia, all the goals went into the wrong net – Kerr, starving from service, for his part, scored just one goal in every match, and the 81st minute shot went wide.

The difference between the five years is Australia’s biggest defeat since losing 5-0 to China 13 years ago – and they have not conceded in five or more games in 26 consecutive years.

Chelsea’s Kerr and Arsenal’s Vivian Midema’s Side Show is a knockout success for the individual billing Dutch woman in the fight between the world’s two female pioneers.

In the two games they played for Tokyo almost 400 days after qualifying, some rust was understandable, and Gustavson had little faith in Emily Gailnick’s goals against Germany and Haley Raso’s relentless investigation against the Dutch.

But another paradoxical scene did not inspire hope that the Matildas might launch a serious attack on gold in Tokyo. This is the ninth game in a row to fail to beat the European opposition.

The tough day started behind closed doors at NEC Stadium, with Matildas making four changes from the starting line-up against the Germans and quickly starting to fall.

Dean Mary Fowler went straight to Martens outside of her own box, which allowed the hosts to set up Maidema, and despite her effort being saved, she fed Superstar striker Ruert to hit her home.

Modildas wore a black armor in memory of the grandmother of the recently deceased goalkeeper McKenzie Arnold.

On this emotional day for the West Ham goalkeeper, a terrible mistake was forgiven when Mortense’s single 20m left foot allowed her to slide in the 20th minute.

A Dutch top newspaper robbed a stunning Australian reunion crowd, which put Maidema Cronen in a simple third and played effectively after 27 minutes.

Modildas got a leg up after the break, but was reduced to a 67-minute Dutch break when vice-captain Byrne Stein spoke brilliantly about Arnold when former world player Martens delivered a superb crossfield ball.

Dylan Holmes came out for a Modildas debut, but sent the ball to Van de Dong, who sealed the ball with 20 minutes left in the penalty area.

Zilnik, who was not in the starting line-up after the double against Germany due to worries about a hip injury, fell back to the unfortunate Holmes who had the best chance and moved far from the scoreless range.