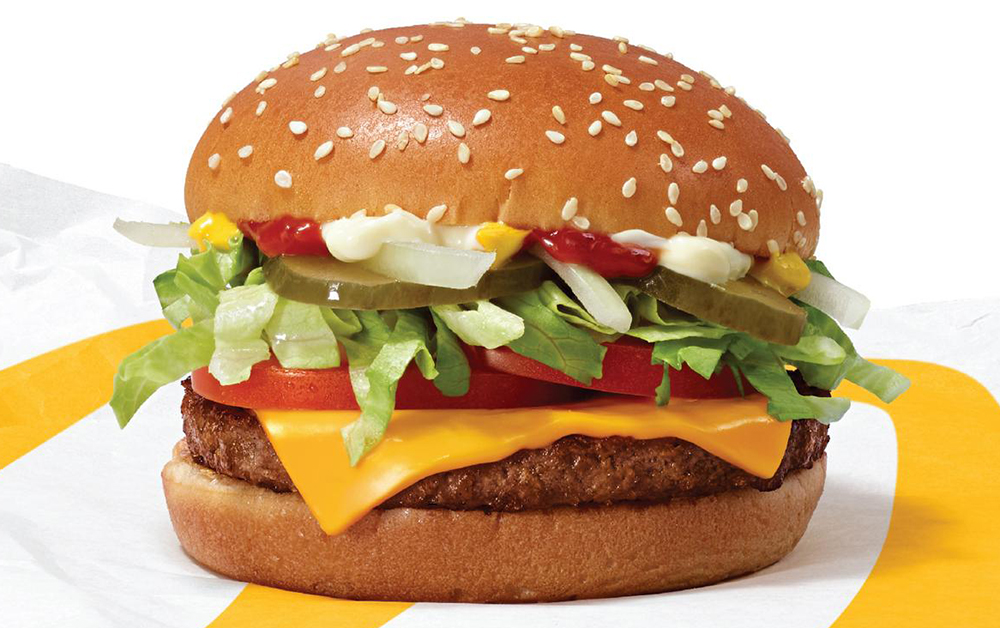 Manhattan Beach – Hungry for PLT? It will be a vegan, lettuce and tomato muffin, which is available starting today at select McDonald’s locations.

McDonald’s is testing the McPlant at eight of the chain’s restaurants across the country. There are two such sites here in Southern California, in Manhattan Beach and El Segundo.

Read more: A rare Apple-1 computer will be auctioned at Rancho Cucamonga on Tuesday

McPlant’s star burger is a vegan patty developed in collaboration with Beyond Meat and exclusive to McDonald’s, consisting of ingredients like peas, rice and potatoes. It comes on McDonald’s famous sesame seed bun with tomatoes, lettuce, pickles, onions, mayonnaise, ketchup, mustard and a slice of cheese. Although the McPlant has a vegan pie, it is not actually vegan because it contains cheese and mayonnaise and is cooked on the same grill as the meat and eggs.

Read more: The no-burn order is in effect in many parts of Southland

The new burger option has already won fans on social media, with some claiming that it tastes like any other McDonald’s burger.

The McPlant burger can be confirmed as 10/10

McPlant’s verdict is that it tastes exactly like what I remember as a McDonald’s hamburger.

It is very decent. pic.twitter.com/MLdrjbzylk

More news: Authorities are looking for 4 women who stole Balenciaga and Saint Laurent bags from Calabasas

McPlant has already been rolled out in other international markets, such as Sweden, Denmark, the Netherlands, Austria and the United Kingdom, and will be available at their test sites while supplies run out.