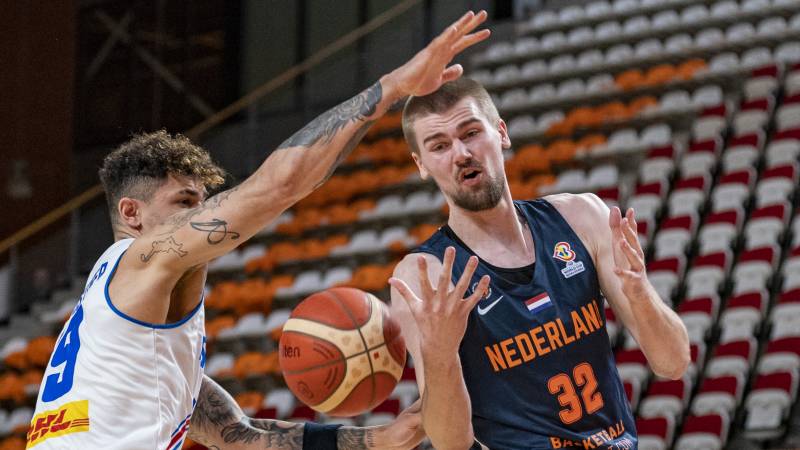 The Dutch men’s basketball narrowly lost their first game in the World Cup Qualifier Series against Iceland. In front of the empty stands at Almere, the Icelanders were too strong for the orange with a score of 79-77.

With Italy (number eight in the world) and Russia (14) also in the group, it appears that the Netherlands (45th) and Iceland (47th) are vying for the third card for the next round of qualifying.

After the first half, it looked like Orange lost control of the match early in the third quarter. However, the team fought back from trailing 12 points and even advanced in the last quarter (66-64). After a sloppy phase, it was suddenly 68-74 and the orange could no longer fill that gap.

24-year-old Matt Harms debuted with the big orange. The 2.21-meter center has played successful college basketball in America for years. And this year he moved to the German Professional League, which gave him the opportunity to play for the Dutch national team.

The next World Cup will be held in Japan, Indonesia and the Philippines in 2023. The road to that tournament is still long for the orange. If Orange advances to the next round, it will meet the three best countries from the group namely Georgia, Spain, North Macedonia and Ukraine. The top three from that group will eventually qualify for the World Cup.