Milk tea against persecution in Myanmar 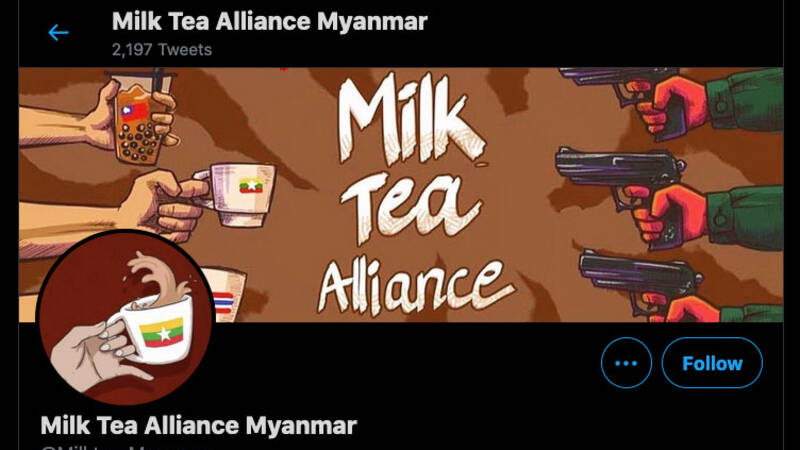 I started comics on social media last spring. It has now become a powerful symbol of resistance in Southeast Asia. The Milk Tea Alliance, A loose coalition against the persecution of the Chinese and Thai authorities against the leaders of the coup in Myanmar is also now active.

“We also rebelled in 1988, but after that we had no internet,” a protester in Yangon, the largest city in Myanmar, told NOS. He wants to be called “Andrew” for fear of revenge.

“Back then it was difficult to reach the outside world, but now the Milk Tea Alliance’s information about Myanmar is spreading through Twitter and Facebook. Now everyone knows what is happening here and we are all united against dictatorship, including in China and India.”

Last Sunday, a month after the military coup in Myanmar, the movement was organized Protests In Taiwan, Thailand, Hong Kong and Melbourne to show solidarity with the people of Myanmar. On the same day, at least 18 protesters were killed by Myanmar security forces. News agencies reported that as of today, at least 13 people have been killed in different cities.

During the protests, he was movement A three-finger greeting in the air: