Minions: The Rise Of Gru is breaking records all over the world 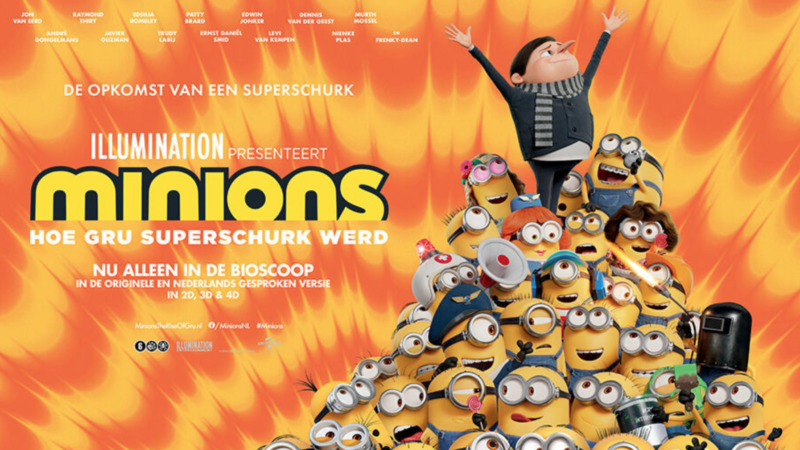 Minions: How Gru Became Super Villain (Minions: The Rise Of Gru) attracted more than 100,000 visitors last weekend, generating €1m in sales. It’s also the best opening weekend for an animated movie since the start of the pandemic. Including previews from 24 June, the film has now grossed just under €2m with nearly 200,000 visitors.

Minions is now in theaters in 2D, 3D and 4D. In the original and Dutch spoken version.

In the United States, the film also opened at number one, taking in $127.9 million for a fourth of July best showing. Minions: The Rise Of Gru grossed over $200 million worldwide in its opening weekend.

With more than a decade since the original release of Despicable Me, Gen Z youths, who were the franchise’s original target audience, are flocking to the new movie in full style in what’s becoming a viral TikTok trend. This trend is also spreading in the Netherlands.

The film is produced by Chris Meledandri, founder and CEO of Illumination in association with Janet Healy and Chris Renaud. Kyle Balda (Despicable Me 3, Minions) co-directed with Brad Appleson (The Simpsons) and Jonathan de Vale (The Pet Secrets films).