Mons Nazarali of Action News is being held by the police 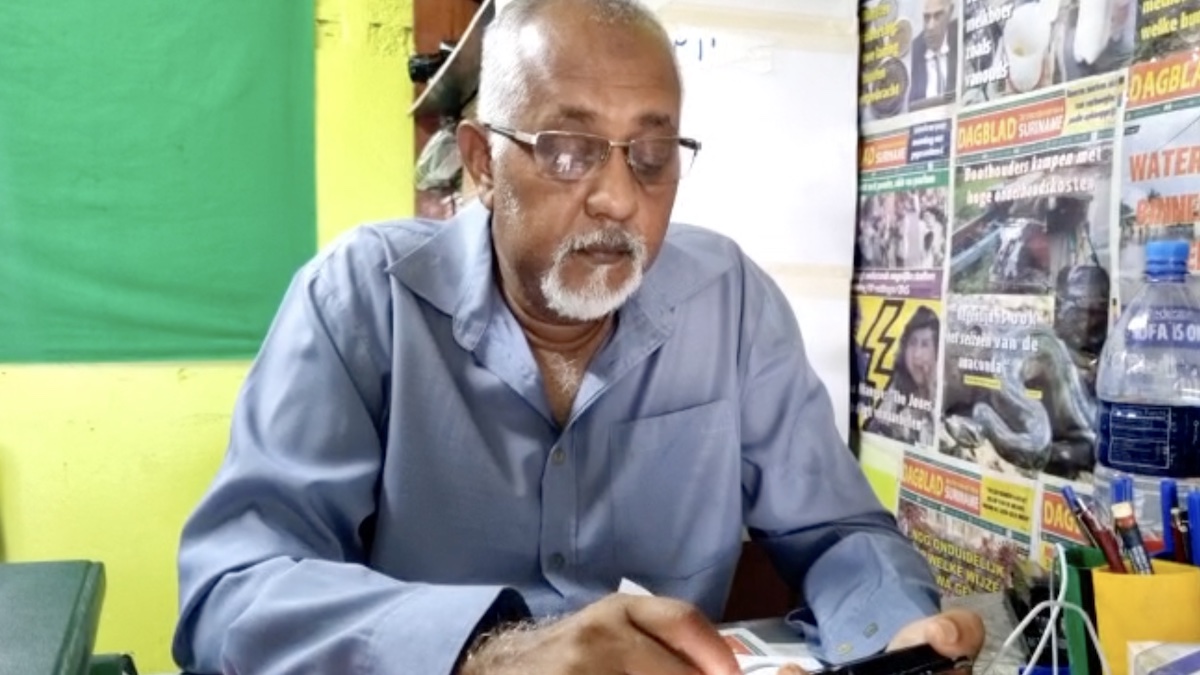 Mons Nazarali of Action Nieuws Suriname was arrested on Tuesday after coordinating with the Suriname Public Prosecution Service. This is due to insult and false suspicion from two high-ranking police officers.

Mons recently expressed his opinion on the fine of 120,000 Saudi riyals that five fishermen had to pay to catch tilapia for their own consumption in Big Pan. It was believed that the fine was too high for the crime. According to him, the regional commander Sardjo uses double standards and deliberately deceives the little man. Mons has also said that Sardjo and Leeveld do free shopping at several supermarkets in Neckeri.

During the recent protest of rice farmers at the Henar Bridge, Mons also made several comments about the irregularities taking place in the area, with police officers, in this case, Sardjo, in contact with the underworld.

The provincial commander deeply resented Mons for this and accused him of dragging his good name and honor in the mud. Mons is still in custody.