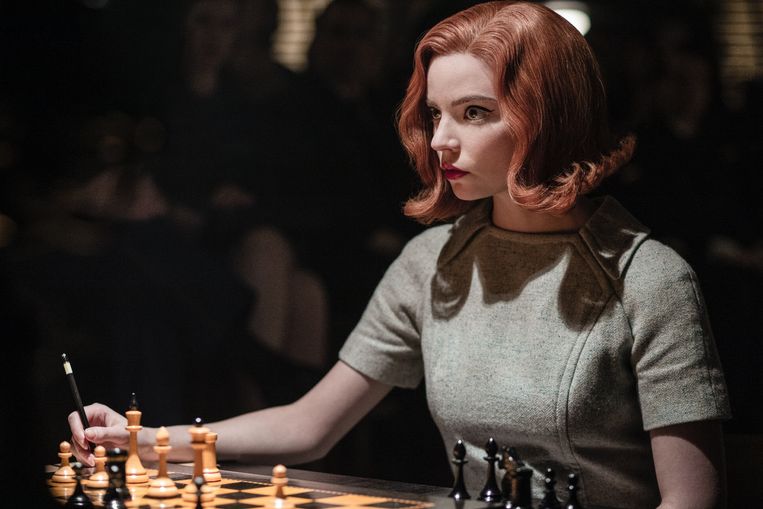 The fact that the service has attracted a lot of new viewers is due to the global Covid-19 pandemic. Especially in the first half of the year, when more and more people all over the world had to stay at home, subscribers flocked. By October 2020, the service had already gained more users than in the whole of 2019. Revenue in the fourth quarter of last year was $6.64 billion (5.48 billion euros), and profits were $ 587 million (about 485 million euros)).

With all these new paying users, Netflix expects to break even in 2021. For the (expensive) products that the platform itself releases, the company has had to borrow a lot of money in recent years. It should end by the end of this year.

In the last quarter, subscribers mainly looked at Queen’s gambit, a series about a great chess player. More than 62 million families seized it. After the documentary series tiger king This makes it the most watched series of one season on Netflix.

The battle for the viewer’s attention intensified once again. Amazon has 150 million subscribers worldwide with Prime Video. Disney+, which has only been on the air since fall 2019, now has 87 million. The service has also announced a slew of new movies and series within the popular Marvel superhero series for the upcoming year and beyond, as well as many more movies and series taking place in the Star Wars universe.

HBO Max also launched in 2020. The streaming service, owned by WarnerMedia, has announced that all 17 movies scheduled for 2021 will be released online at the same time as their cinema premieres. HBO Max is expected to appear in Europe in the middle of this year. Apple TV+, which did not say how many subscribers it currently has, announced that it will be available for free until July.

Obviously, Netflix wants to remain the number one choice for users and has announced that it will be showing a new movie online every week for this year. In the meantime, the company is tempering all too high expectations of even more paying users this year. Subscription prices have already increased slightly. Especially in the US, where competition is fierce: at some point, the number of people who might or would like to sign up runs out.