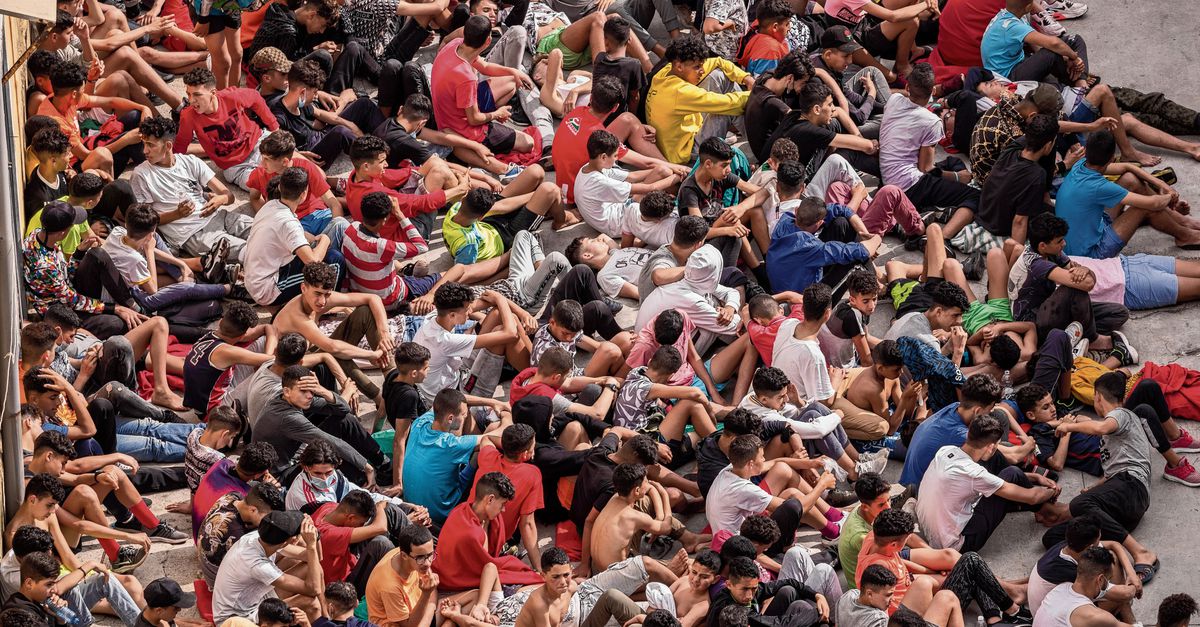 Hundreds of Moroccans in the palace crossed the border across the Mediterranean into the Spanish enclave of Ceuta last week, having closed the border almost tightly since March 2020. They took advantage of the political crisis between Morocco and Spain that suddenly left the border on the North African side barely guarded – an act. My revenge on Rabat, who blames Madrid for providing humanitarian aid to an independence fighter. Morocco is also angered by Spain’s refusal to recognize Western Sahara as Moroccan territory.

It is said that rumors of Cristiano Ronaldo playing in Ceuta have led to an influx of hundreds of young people into the Spanish enclave, according to Spanish media. Only after Spain deployed the army could the influx be stopped. About half of the 8,000 people who crossed illegally have been released. This does not apply to minors, who must be provided with shelter in accordance with international treaties.

The minors were collected from pens like this one where they were all tested for Coronavirus. The Spanish government is also trying to prove their identities here. Some will be returned, and some will remain in Spain.

A copy of this article also appeared in NRC Handelsblad on May 22, 2021

A copy of this article also appeared in the NRC on the morning of May 22, 2021