“Moscow wants to increase the feeling of insecurity” 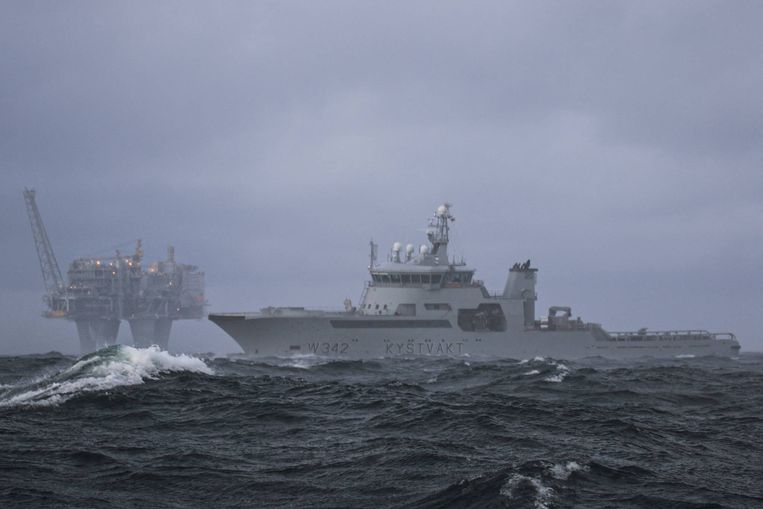 It was in mid-October when an airport employee in Tromsø, Norway, noticed a man carrying a drone. It turned out to be a Russian who filmed the airport with his drone. On the memory card, the police also discovered photos of another airport and a Norwegian army helicopter. Three days later, another Russian drone was captured, this time in the Svalbard archipelago. Police said “important information” was also found on his memory card.

Then the news of the arrest of a Russian spy this week. It’s about a guest lecturer at the University of Tromsø pretending to be a Brazilian scientist. In fact, he worked for the Russian authorities, according to the Norwegian PST security service.

It is only part of a series of suspicious activities that have been noticed by Norwegian authorities in recent weeks. For example, several unidentified drones were seen near oil and gas facilities in the North Sea. Seven Russians were arrested for taking photos and videos.

Does all this point to a coordinated Russian act of sabotage? According to defense expert Eric Sole of the Norwegian Institute of International Relations (NUPI), security services have been warning for years about an increase in Russian espionage activities. The difference is that the police and citizens are now more vigilant, especially since the attack on the Nord Stream pipelines. This attack occurred one day before Norway opened a new pipeline to Poland. There is more surveillance and more surveillance and the public has been asked to look for suspicious objects such as drones. This definitely has an effect.

Another factor is that not all Russians are aware of the ban on drones and photography, which only applies to them. It is one of the sanctions implemented by the Norwegians after the Russian invasion of Ukraine. A group of four Russians were released after it was found that they had not taken any suspicious photos. But even then, the number of accidents in recent weeks is staggering. On Monday, two Russian men in their 30s were arrested on suspicion of filming a military base.

Eric Richburn, NUPI’s chief researcher, believes that the Russians don’t care much about collecting information. It has already been planned. NATO countries also know where critical infrastructure is located in Russia. According to Richburn, Moscow mainly wants to sow fear among the population. The Kremlin wants the Norwegian government to act. They can then use this in their own propaganda about anti-Russian policy in Europe.

Undoubtedly, it is no coincidence

The Russians actually hit back on that line on Wednesday. The embassy in Oslo complained of “espionage mania” in Norway. “Anything Russian, be it government institutions, companies or citizens, is suspicious and smells like spyware,” the embassy said. The fact that we are now witnessing a series of accidents is undoubtedly a coincidence. All of this is politically motivated.

Norwegians see it differently. According to the PST Security Service, Moscow collects intelligence on Norwegian power plants, military sites and oil and gas facilities. During a press conference last week, the service asked citizens to report suspicious activities around these places to the police. We must not be naive. We must be alert to suspicious things and report them.

According to Sully, it is very likely that the Russians have increased their espionage, including by using drones, to keep their current intelligence up-to-date. However, most of Norway’s interest is in protecting the pipelines that carry gas from Norway to Europe. Norwegian Prime Minister Jonas Gahr Store recently said that both visible and invisible measures had been taken. It is clear that the army is now guarding gas and oil facilities and that naval ships from Germany, England and Norway are patrolling the North Sea.

Help from all sides

According to Sully, it is still invisible that pipelines are checked by unmanned ships for explosives – which are pre-installed. That’s a good job, because there are 9,000 kilometers of tubes. But do not forget that all parties are helping, so the government, but also oil and gas companies and service providers in the sector. Together they have a lot of capabilities.

Reichborn believes that the authorities – as well as the Norwegian media – are overstating their interest in drones and may inadvertently benefit Russia. Real Russian saboteurs will not show themselves so easily with a drone. If Moscow is behind it, in no way will the information gathering be permanent, but to increase the feeling of insecurity. According to him, the Norwegian government’s actions are partly aimed at allaying public fears. “The fact that they have now arrested the spy is not because he suddenly hit the flashlight. Chances are that they have had their eyes on him for a while and now thought it would be a good time to arrest him.