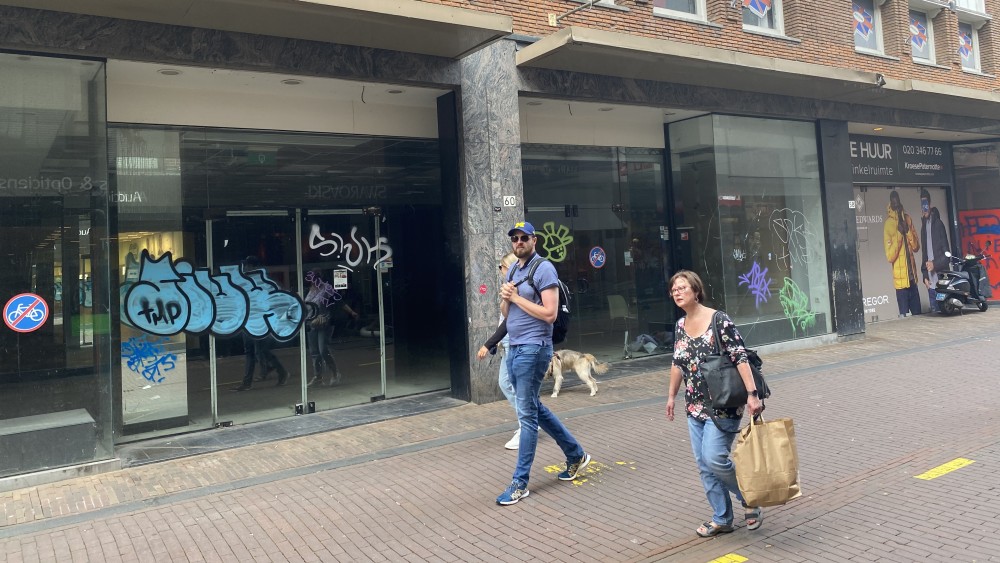 GroenLinks Haarlem wants to combat the emptiness of shops and the housing shortage in the city by turning empty stores into homes. According to the party, shops from the surrounding side streets will have to move to the Grote Houtstraat to make room for those homes in the vacant lot. Last week, the party drew attention to live in shops during the meeting on the framework memorandum.

GroenLinks party chief Haarlem Jasper Drost says these two major problems can be addressed at the same time. “There are a lot of vacancies in the Grote Houtstraat and we have a housing shortage,” he says. We want the council to be in discussions with landlords to make it possible to live in the shops. The upstairs where Britain had been empty for about ten years. There could be excellent lodging there.”

According to him, the shopping area should be more compact. “If there were more stores together on the Grote Houtstraat, there would be room for homes elsewhere,” he says. “Shops in Anegang, for example, can move in here and then we can allow houses in buildings that become vacant there. Just look at Prestrat. There I have already combined houses, shops and restaurants. I can see that in Anegang too.”

But Anegang’s businessmen don’t like it. Marvin Shelves, owner of a jewelry store, says the homes aren’t located between the shops on the street. “It would be a real shame because then the charm of this beautiful shopping street would be gone.”

The owner of the perfume manufacturer finds this solution curious. “The stores attract customers. They go in here, and they also take the neighbors. “If more stores disappear, we will have to wait for the rest to fall as well,” Garcia said.

Jan Retél of a men’s fashion store down the street also thinks it’s worthless if there are homes. “The shopping area is so small here in Harlem, don’t make it smaller. They just have to convert the buildings above the shops into homes.”

The municipality of Harlem wants to combat the long-term vacancy of retail real estate on the main shopping streets with a pilot. This will give the municipality a temporary destination for the vacant buildings in Grote Houtstraat and Barteljorisstraat. For example, here it is possible to create workplaces for self-employed people or catering establishments.

This is a message from our Subscribed News Editors