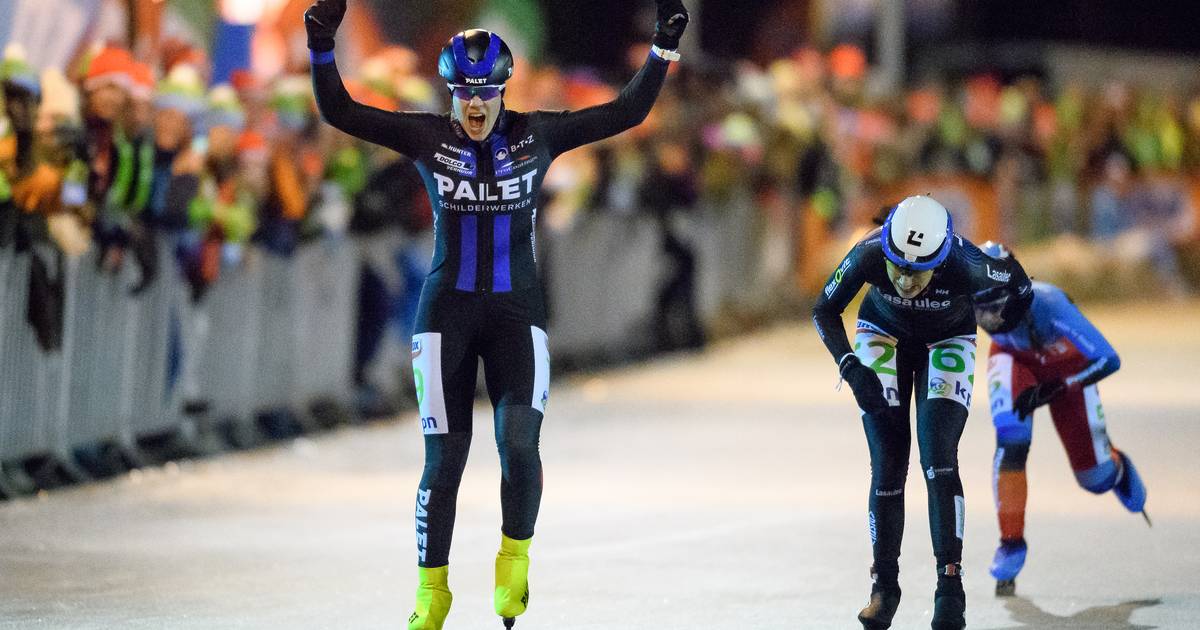 Marthijn Mulder and Ineke Dedden won the first race of the Grand Prix on natural ice in Lulea, Sweden. Both marathon skaters were the fastest in a sprint with a fellow runaway.

Mulder’s win was amazing. The 23-year-old marathon skater from Staphorst usually ends up making promises, but at Lulea he managed to surprise all the guys from the Top Division. After a run of more than 60 kilometers, he beat fellow refugee Christian Hoekstra in the sprint. Behind that, Gary Hickman won the third place chase.

Mulder (Team Bouwselect) and Hoekstra (Sportchalet Viehhofen) had pulled away in the final quarter of the race and took a more than 30sec lead. It dwindled quickly in the last round, but by the end both teams had about 15 metres.

The women’s competition followed a similar scenario. Here the peloton broke down faster because the wind improved a bit, but also with the women, two riders were vying for the win. Dedden and Iris van der Stelt walked away from a leading group of thirteen years and took a great distance. Dedden was the fastest in the sprint. The 28-year-old skater from Wanneperveen was also the last winner in Sweden in 2020. Meryl Bosma won the sprint race for third place.

Mulder and Diden will start in the orange captain’s suit in the second race of the Grand Prix on Tuesday. The Dutch Open is scheduled to start on Sunday.