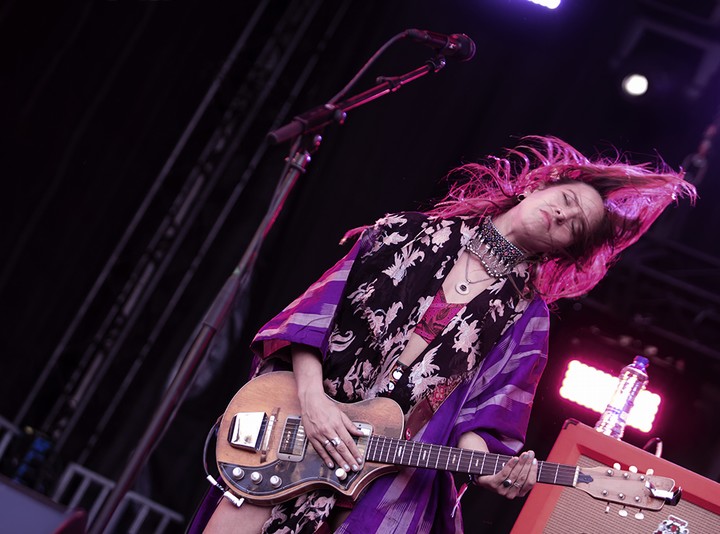 Dutch-New Zealand Trio My Baby is one of the most interesting and most impressive live bands of all time. They constantly flatten Europe with their uniquely rooted hypnotic dance music. Their sound is a combination of gospel, blues, rav funk of the old folk seventies, African dessert blues, Moroccan gnova, Indian melody and dose of EDM. All of these were played exclusively on guitars and drums without the use of computers or models.

Previous albums such as ‘Shamanoid’ (2015), ‘Prehistoric Rhythm’ (2017) and Edison Award-winning ‘Mouniki – By the Pride of Night’ (2019) and accompanying singles also performed well in Belgium. The band has performed hundreds of shows across Europe, Australia and New Zealand.