Namibian relatives argue that German recognition of the genocide is insufficient 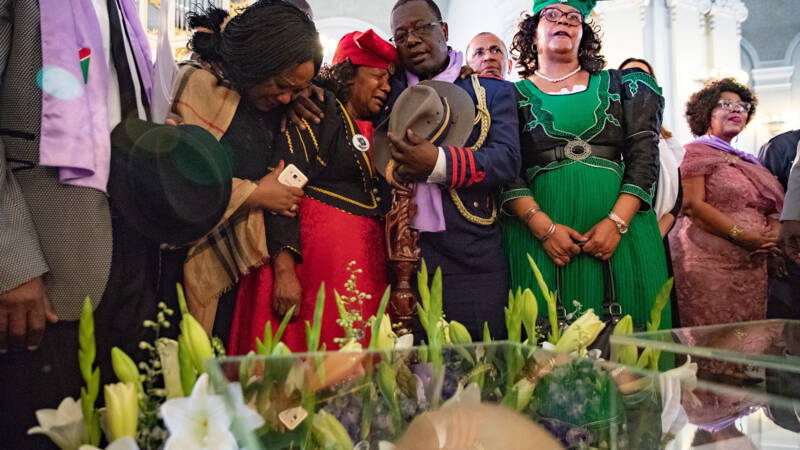 Modern Recognition Germany, which caused a genocide in the former colony of Namibia at the beginning of the last century, does not go far enough for its relatives. Representatives of the two affected peoples rejected the agreement between the German and Namibian governments on this issue, saying that the 1.1 billion euros that the Germans would make available over the next 30 years was not enough.

Between 1904 and 1908, German colonial forces killed tens of thousands of people in Namibia, becoming 80% of the Herrero and Nama minority. Expulsion or extermination. For six years, Germany and Namibia negotiated German recognition of the genocide. Representatives of each of the minority groups were also present.

A board of leaders of Herero and Nama now writes in a statement that they took part in the negotiations too late to properly consult their supporters. The council continues to welcome Germany’s recognition of the genocide, but believes that compensation must be renegotiated.

The German government certainly does not make the € 1.1 billion amount available as compensation, but as a contribution to the development of the African country. According to the leaders of Herrero and Nama, the amount is “offensive, unacceptable and an insult to our existence.” And they demand postponement of the signing ceremony of the agreement between the two countries.

The Namibian government said in its response that it was surprised by the position of the Herero and Nama Council of Leaders. “The council participated in the entire negotiation process,” the government negotiator told the German news agency DPA. The negotiator does not yet know how things will go. “We need to rethink the negotiations. I think Germany was aware of the divisions in this country.”