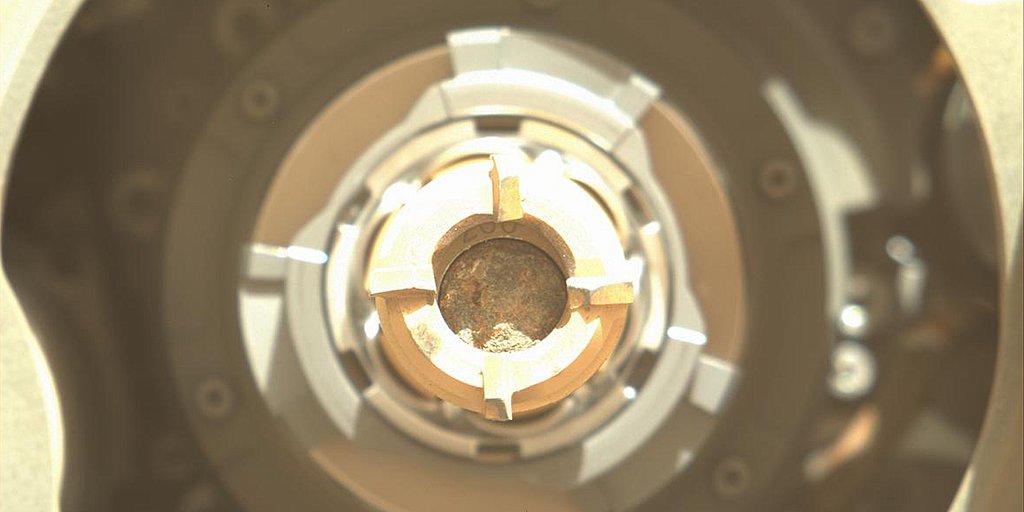 The Rover’s chief engineer, Adam Steltzner, described it as a perfect basic beast.

“I have never been happier to see a hole in a rock,” he wrote on Twitter on Thursday.

But NASA later said it was waiting for more images before declaring success, although “the team is confident the sample is in the tube.”

A month ago, perseverance was drilled into soft rock and the sample collapsed and failed to enter the titanium tube. The rover came half a mile to a better place to try again.

NASA said in a news release that the first images taken on Wednesday show a sample inside the tube, but subsequent images were inconclusive due to poor lighting. The study said the rock sample – about the thickness of a pencil – may have slid deeper into the tube during a series of planned tremors. More photos are planned.

In February, they arrived at Mars’ Jezero Crater – believed to be home to a lush lake bed and river delta billions of years ago – in search of rocks that could contain traces of ancient life. NASA plans to launch more spacecraft to recover samples collected through persistence. Engineers hope to return as many as thirty samples in about ten years.