National Football Day in SV Valkenswaard with refugees: “Everyone is happy here today” | Valkensward, and irrigation 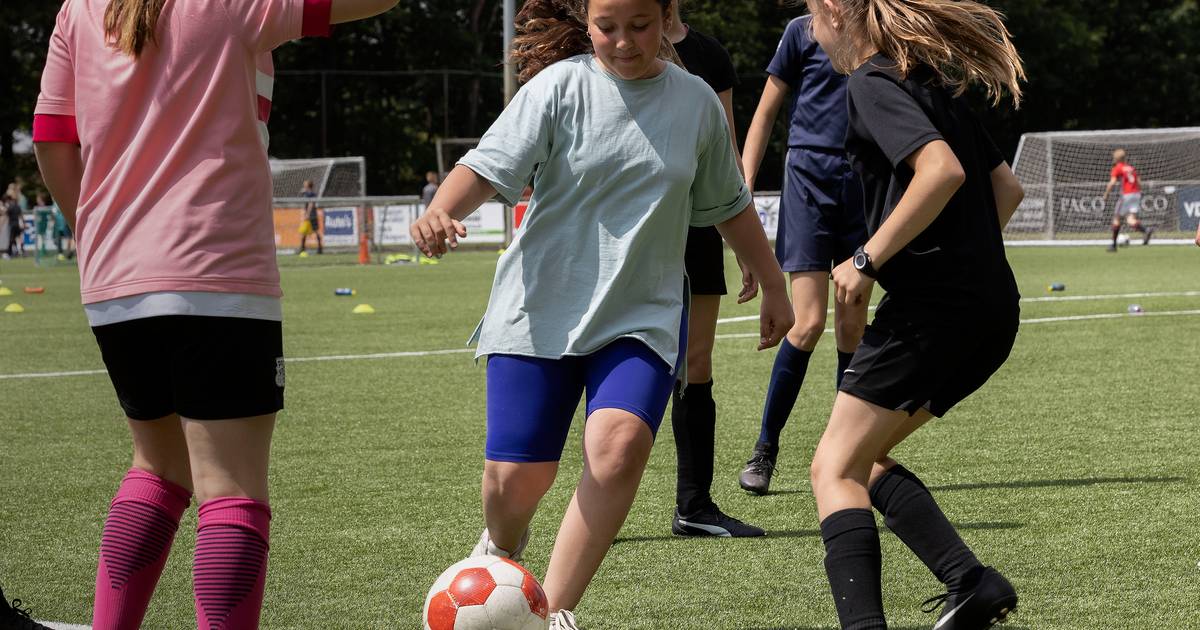 FALKENSWARD – The fact that sport unites people on Saturday is once again emphasized at Dean Drese Sports Park in Falkensward. There, about 230 boys and girls participated in National Football Day at the SV Valkensward stadiums. Special attention was paid to the refugee children who came to kick the ball with them.

President Jacques Van Gerven of SV Valkenswaard stresses that the association wants to let its social heart speak. “Football offers children and parents an excellent opportunity to integrate into society.” According to the president, it’s not just this day. “Everyone is welcome to join our club,” he says. “We don’t see any bears on the road, but we are thinking in terms of opportunities and possibilities.”

Football Day co-organizers Kim Van Och and Danny Schrejvers are happy to see that everything is going smoothly. Also with the ten refugee children and their parents who found their way to the sports park after the mediation of the Vluchtelingenwerk and Corlaat Welzijn. Schrijvers: “Many of these kids already have a lot to do. A carefree soccer day, getting to know their peers, isn’t that cool?”

Kursat Cevik walks across the sports field with a big smile on his face. He came for a look to cheer his son Mohammed (14), who is sometimes assigned with the Spain national team. Cevik came to the Netherlands from Turkey two years ago. “There are political problems,” he says. He doesn’t want to say more about her. “Today everyone is happy here, and it’s nice to see him.”

Amir Radin Iskander (11) from Nepal wears an orange outfit. His shirt has number 10 on it. I haven’t scored yet,” he says in broken Dutch. So Amir Radin is rather excited. However, he does his best during the match, and communication with his teammates is also working well. Kim van Och: Ball language Foot is a universal language, and communication comes naturally.”

11-year-old Zeinab Avra ​​has been in the Netherlands for only three months and was completely unaware of the game of football. She speaks a few words of Dutch. A concerned mother encourages her. It says in Turkish, “Score a goal!” After consulting Google Translate. When the match ends, Zainab is still panting from efforts. “I enjoy playing with the other kids,” she says. “And football is a really fun sport.” Danny Shrigvers: “Well, if you like it, come visit us often.” Zainab: “That sounds like something to me.”