New book about life on board the Navy ship Bonaire: “Hell was on board” 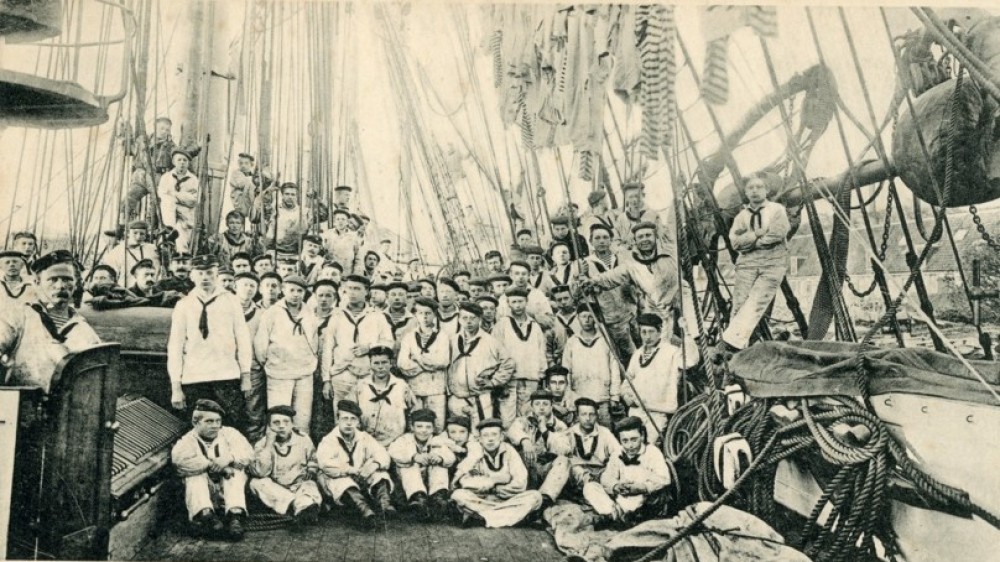 Wet, cold, sick and not treated kindly by their superiors: the sailors aboard His Majesty King Bonaire had a hard time. Some were only 13 years old when they signed up for a 12-year contract that you can’t get out of. The writer Ben Momen was surprised by the circumstances on board the ship and wrote a book about it: “Lust in Zemanlifen”.

Willemsoord, the old Rijkswerf in Den Helder, has been restoring the old sailing and steamer Bonaire for over 15 years. The ship was commissioned by the Navy in 1880 and patrolled the sister ship Suriname in the waters west and off the Dutch coast. In the aft, the fifteen officers had a very large space, but in the bow of the ship, on the same deck, 75 sailors lived close to each other.

“They worked four hours and four hours off,” Momen says in the room the crew stayed in. The hammocks were hung again to show how the sailors slept, “but they hung close together. When they came out, they wrapped their hammocks very tightly and put them in Fort Cage, which they had to use in case of an emergency. As a lifebuoy. It was very dark here and it wasn’t There’s no ventilation. It must have been a little messy at times.”

Momen spent three years working on his book “Lahwa fi Hayat Al Bahar”. The title comes from an advertisement for the Leidsche Kweekschool voor de Zeilvaart, which attempted to bring in new students. “They sent quite a few boys into the Navy. Boys who could do more were trained to become companions in the merchant navy, for example. Young boys were often divided into ‘baked’, groups led by the master baker. He was often like the father For boys, but upbringing was heavy. ”

Sailors, sometimes as young as 13, but more often 14, were admitted into the Navy without any form of inspection. “You had to be well built, but nothing else was looked at, especially in terms of how things were going mentally. So there was a lot in between. For example, people wet in bed were seen as lazy. And they were treated with blankets. wetted around their heads, like a kind of turban, tied to the mast to dry, and then beaten again by their slinger.”

‘I still wonder how they held up’

It was also not pleasant on the plane in terms of hygiene. “From my point of view it was hell on board.” The great need was done at the tip of the ship, on a board above the water’s surface. There was no toilet paper, the buttocks were wiped with a jagged rope end, the so-called “everyone’s end”. After that, he was suspended again at sea.

“These were really horrific circumstances,” Moaiman says. “If the ship was in the west, of course it was more fun on the deck. But it was also possible that it rained heavily there. And it wasn’t possible to wear shorts or short sleeves because of the mosquitoes. Diseases like yellow fever were rampant on the rise. Latent. There are stories about Ships that were completely empty at anchor near Suriname, because the whole crew is dead. ”

The writer herself has experience working in confined spaces. He was an officer in the submarine service for many years and is now working on restoration Bonaire. “But we always had fresh air on board. These conditions can’t be compared. Nowadays, the young people are also more assertive, of course, so what it was like back then will never be possible again. I still wonder how they survived in that time. “

“Lust in Seaman’s Life” was authored in collaboration with the Den Helder Historical Society. Members can order it there at a discount. The book is also available this afternoon through the Bruna Library. All proceeds go to the Historical Society.

💬 Don’t want to miss anything from Noordkop?

Did you see a typo? Let us know at [email protected]