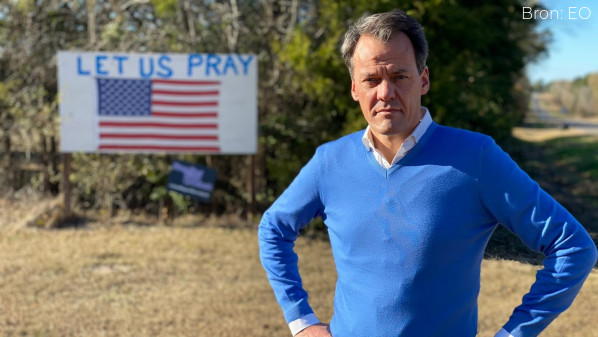 There will be two new episodes of the show on Wednesday 13 and Thursday 14 January God, Jesus, Trump! Can be seen on NPO 2. Lt. Col. Tijs van den Brink traveled to the US again to speak with Trump supporters.

The Evangelist Belt area
Donald Trump has been particularly popular in America’s ultra-religious Bible belt, and their stories – a week after the Capitol Storm – are perhaps more important than ever. Despite the coronavirus outbreak, economic downturn, post-Black Lives Mater protests and chaos, and a steady stream of malicious revelations about Trump, many American Christians continued to see him as their leader.

More sounds
On the national level, Trump received more votes than he did in the previous election in 2016, which he won against Hillary Clinton. This time, however, Trump lost, and Van den Brink returned to countryside Holland, Michigan. This Christian region – “America’s Fellow” – has a strong economy and strong church influences on society. Van den Brink speaks with supporters and opponents of the retired president.


Please enter your comments below New God, Jesus, Trump! Wednesday starts at NPO 2 Or click here if you liked this article: