New rehearsal with NASA’s Moon rocket, not launched before the end of summer 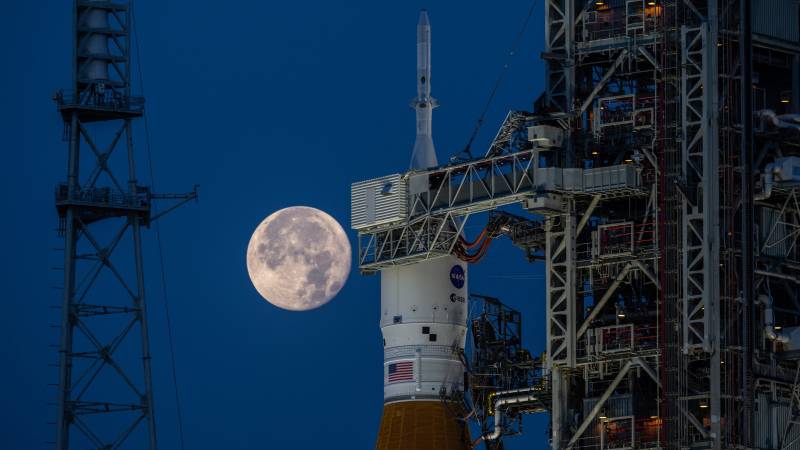 Today, NASA began another rehearsal for the first launch of its new lunar rocket. previous attempt at wet rehearsal To reach a successful conclusion, nothing was but as expected.

The SLS rocket that will return Americans to the Moon in a few years is a concern for NASA. After years of delays, the Space Launch System was ready in early April to conduct missile launch and refueling training – to ensure it went well for the actual launch of the Artemis I mission. But up to three times try clothes in failure.

There were problems with a tripped helium valve on the upper stage, tank hose connections in the launch tower began leaking hydrogen, and the company that supplies nitrogen to purify parts of the rocket failed to provide enough gas.

Refueling is the most exciting

Those matters are now resolved, assures space expert Ronald Clumby, affiliated with the National Space Museum in Aviodome. The nitrogen company expanded in capacity, the hydrogen leaks were closed, and the reason for the helium valve not wanting was found: there was a piece of the rubber clamp that should not be there at all. “It remains a headache profile, but the hope now is that the headaches won’t get worse,” Clumbi says.

Monday is the most exciting moment, when the rocket is refueled. If the test now succeeds, the SLS will be rolled back into the massive VAB building, which also served as a hangar for the Apollo lunar rockets and space shuttle. This is where the system gets its last service.

On Wednesday, NASA announced that it aims to launch at the end of August/beginning of September. That first flight in the Artemis program will bring the new Orion capsule into lunar orbit.

Parts for the Artemis project are also being built in Europe. For example, the Orion capsule contains solar panels manufactured in the Netherlands: