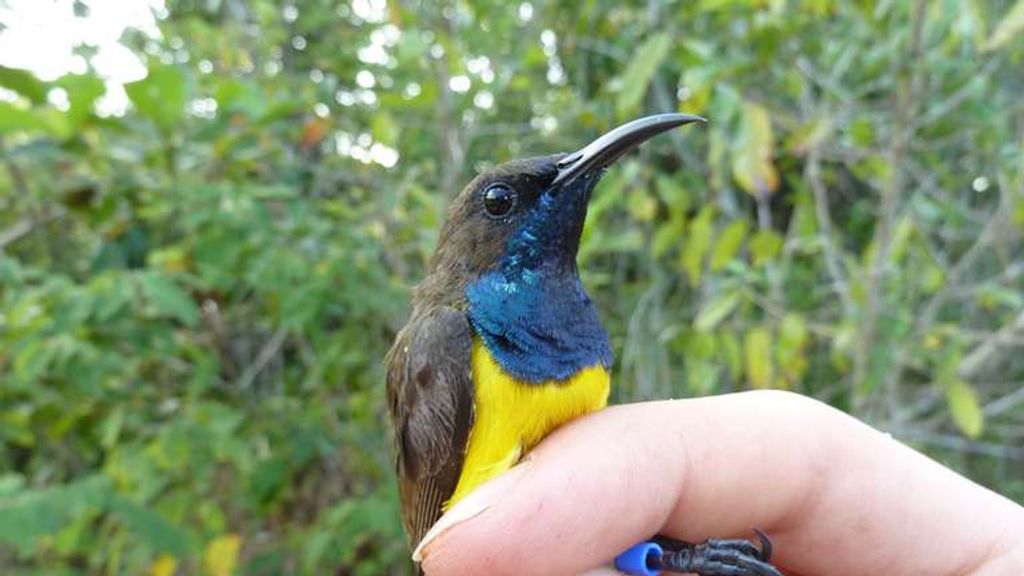 Scientists have discovered several new species of birds in the Indonesian islands of Wakatobi. One such new species, the Wakatobi honeysuckle, is recognizable by its yellowish-blue breast and relatively short wings.

Honey suckers are similar to American hummingbirds and live in tropical regions from Africa to Australia. To discover new species within the honeysuckle family, zoologists from Trinity College Dublin collaborated with a team of Indonesian researchers.

On the islands of Wakatobi, southeast Sulawesi, researchers looked at the already known steel-breasted sunbird and velvet honeysuckle. They concluded that some of these birds actually belong to species that had not been observed before. “It’s amazing that there are still species waiting to be found in this area,” said lead researcher Fionn Ó Marcaigh.

The Wakatobi honeysuckle is genetically different from the previously discovered species and also looks different. It has darker feathers, higher song, and shorter wings than the hard-breasted sunbird.

While the steel-breasted sunbird scattered over many areas, the Wakatobi honeysuckle lived reclusively on the Wakatobi Islands due to its short wingspan. “Small, isolated islands like this have their own evolutionary processes, and often produce unique species,” said researcher Ó Marcaigh.