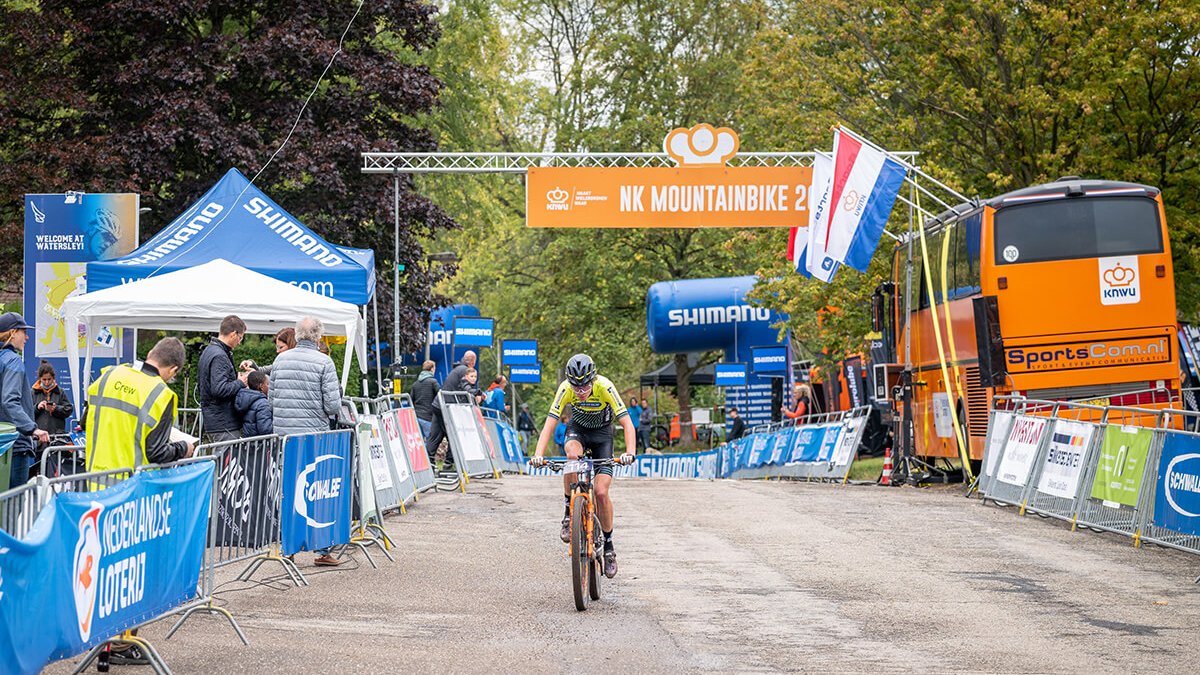 On June 5 and 6, 2021, the fight will begin during the NK Mountainbike XCO in Sittard, with Watersley Sports & Talent Park once again being the backdrop to the fight for the national title.

In September of last year, Milan Vader (Elite Men), Anne Terpstra (Elite Women) and Celine del Carmen Alvarado (Women Promises), among others, went for the red, white, and blue coloration for this location.

This year, the Dutch championship will be held on June 5 and 6, which means that Dutch Olympic athletes can also participate in the tournament. “We are delighted to be able to stage the Dutch championship again after the success of the previous two editions. This year is also expected to be a mammoth battle between all the passionate and talented mountain bikers on the renewed track of Watersley Sports & Talent Park. We can’t wait to see who takes over.” National title!