No agreement yet on the climate summit final statement, countries continue talks today 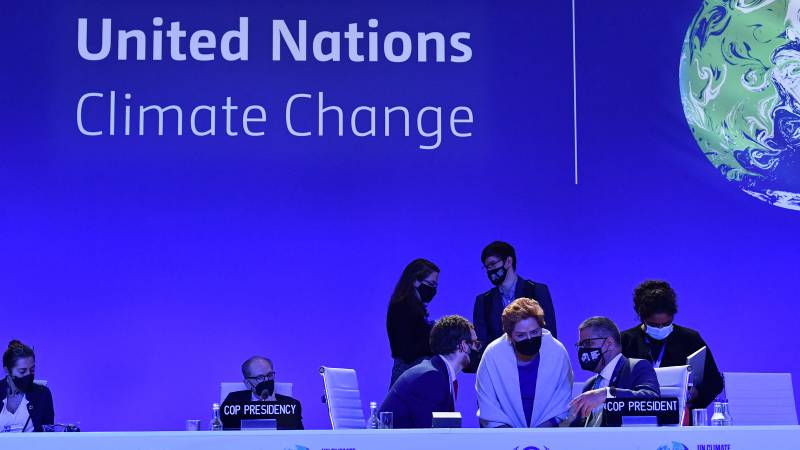 US climate envoy Kerry had called for drastic cuts in greenhouse gas emissions before the end of this decade and no further relaxation of texts in the draft statement. Kerry has argued, among other things, for ending subsidies for fossil fuels. He said action must now be taken to “avoid the worst effects of the climate crisis”.

In his speech, European Commissioner Timmermans came with a similar urgent message. He pointed to his one-year-old grandson. “If we succeed, he will live in a livable world. With a clean economy and clean air. If we fail, he will fight with other people for water and food. That is the harsh truth.”

According to Timmermans, “1.5 degrees” should be kept alive at the top, referring to the degree of global warming that was agreed upon in the Paris climate agreement in 2015. It was then agreed that warming should be limited to much lower. 2 degrees and preferably less than 1.5 degrees.

Delegates in Glasgow had until 6pm local time yesterday on paper to agree on the closing statement. When that deal did not materialize, the summit was already expected to be extended until Saturday. In the past, climate conferences often lasted into the weekend.

Earlier in the closing day, many protesters inside and outside the convention center expressed their displeasure with the indecisiveness of world leaders, in their view. The Climate Extinction Rebellion has also been active outside the center. At home, hundreds of supporters of civil society organizations and activist groups began a protest march.

They were accepted as observers in the so-called Blue Zone, where the official program of the summit takes place.

UN Secretary-General Guterres said Thursday that the summit was “highly likely” to fall short of commitments needed to limit global warming to 1.5 degrees. Countries may agree to make those commitments before the end of next year.