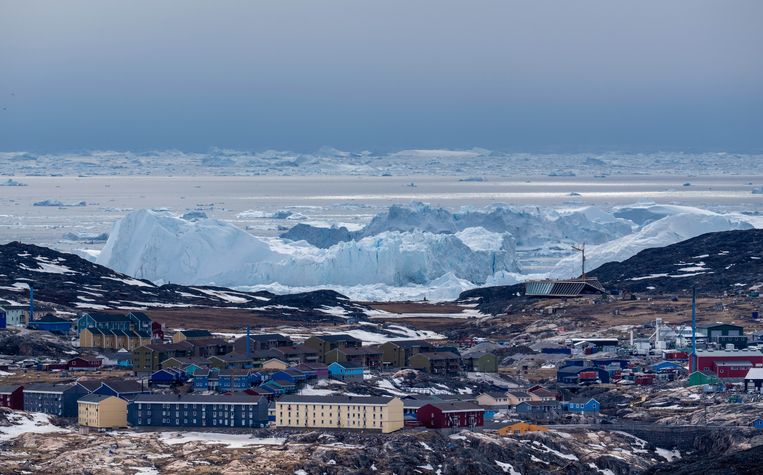 The largest island in the world, Greenland, located in the North Pole, is covered with ice by 80 percent. There is no mountain in sight at the highest point of the Greenland ice sheet: it is a vast plateau with 1.7 million square kilometers of ice.

Mercury rose above freezing for the third time this decade, but also fell for the first time. Early in the morning the drops began to fall, National Science Foundation Summit Station Staff Report, the only camp in Greenland with year-round staff. Nine hours after the first drops, the temperature fell below zero again.

The high temperatures in Greenland are associated with the so-called jet stream. These are strong winds that arise on the line between cold air over the polar region and warm air from the tropics. North of the jet stream is somewhat cooler, to the south it is warmer. Where this jet stream fluctuates: sometimes the dividing line is a little to the north, sometimes a little more to the south. In Greenland, the jet stream is now diverges northward, making it warmer than usual.

“It’s a process as old as the beginning of meteorology,” says Peter Kuipers Munneke, a meteorologist at Utrecht University. But now that temperatures have risen due to climate change, there is a greater chance that the threshold will be crossed and the temperature will rise above zero. The result: rain.

Despite the rain this weekend, the thaw in Greenland hasn’t been so bad this year. It was relatively cold and the ice was smelting less than in previous years. In the long run, it’s a different story: compared to the 1990s, the amount of ice loss has increased sixfold.

Kuipers Munneke on the current heat in Greenland: “This is an extraordinary heat wave for the highest point in Greenland. If there weren’t a pack of ice more than three thousand metres, we would have seen temperatures like in Canada earlier this year. Climate change makes We’ll probably break these kinds of heat records more often.