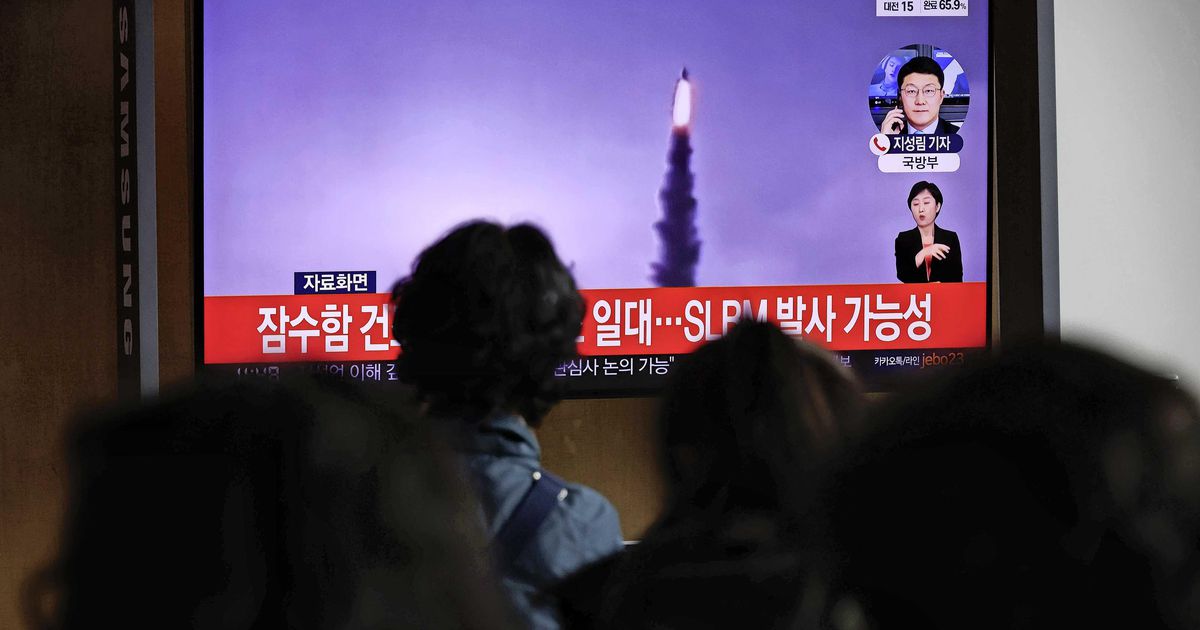 The South Korean military did not say whether the missile was launched from a submarine or an underwater missile platform. If an isolated dictatorship had the ability to launch advanced missiles from submarines, they could target targets in more places around the world and make it difficult to eliminate North Korea’s arsenal.

The North Korean launch is said to have taken place at Sinpo Port, where the important shipyard is located. An informed source told the South Korean Yonhap News Agency that the missile traveled 590 km and reached an altitude of about 60 km.

The US military condemned the missile launch and demanded that North Korea refrain from other “destabilizing” acts. The Americans maintain that the launch is not seen as a danger to their country or allies.

North Korea has been developing underwater ballistic missiles for some time. The country also conducted similar weapons tests in 2016 and 2019. According to analysts, the projectiles may have been launched not by submarines, but by a special launch facility that was located underwater.

Leader Kim Jong Un’s regime has caused international turmoil for years by working on advanced weapons. Former US President Donald Trump tried to negotiate with Kim, but that did not lead to a breakthrough. The Kim regime wants to get rid of the severe international sanctions that are weighing on it.

North Korea has launched several missiles in recent weeks, although North and South Korea restored direct lines of communication between them last month. Earlier this month, Seoul expressed the hope that inter-Korean dialogue can resume.