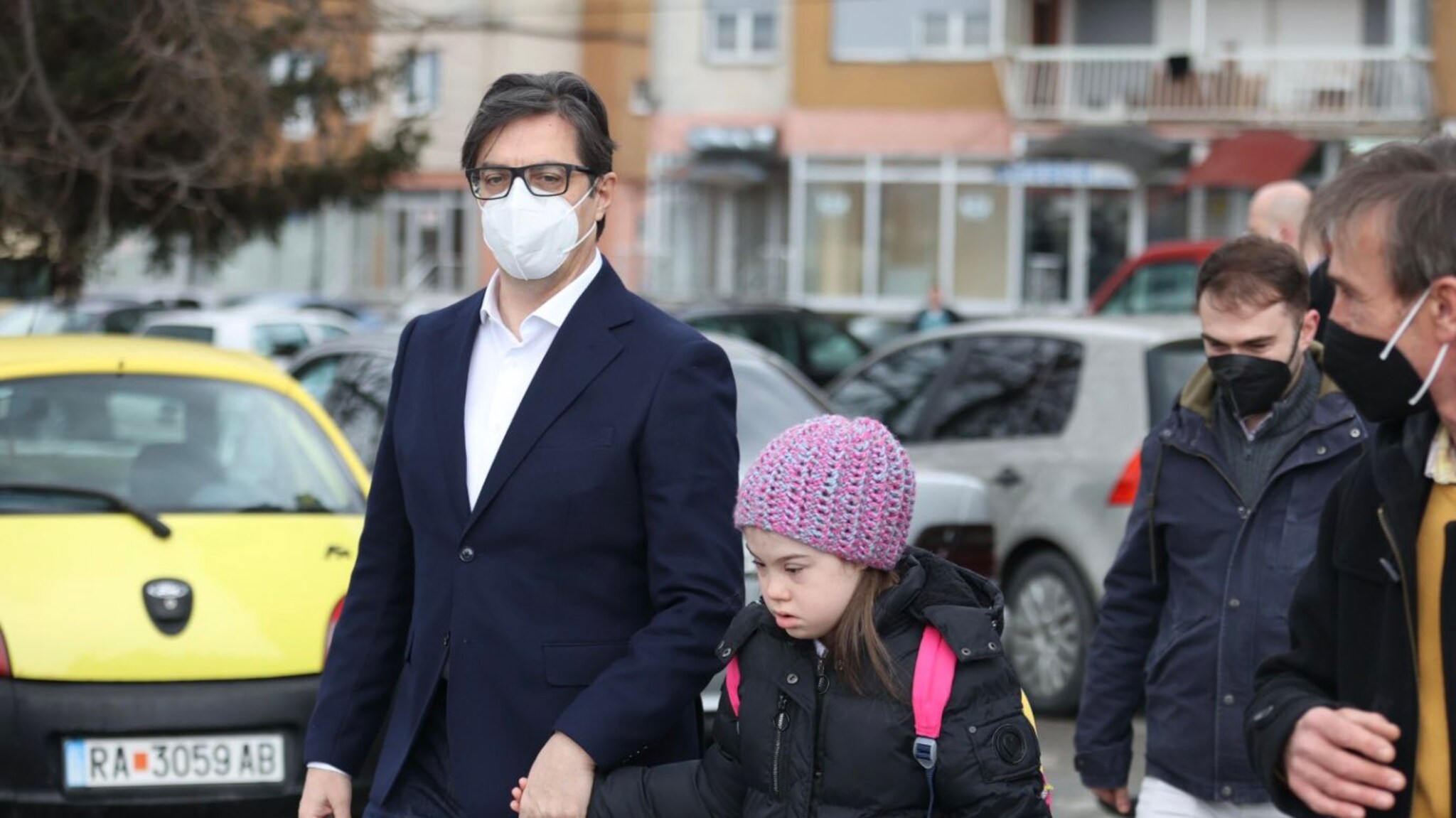 Impla attended the Bashkimi Unity School in the town of Gostivar in Western Macedonia. According to the parents of her classmates, she will be aggressive towards other children. They wanted Impla expelled from the school. According to health care providers, the girl did not show any aggressive tendencies at all.

The principal tried to solve the problem by rotating Embla between the different classes. But for many parents, that wasn’t enough. They have boycotted the school since early February.

The reason why the country’s president, the 58-year-old Social Democrat Stevo Pendarovsky, sent a signal. He picked an Impla from home this week and walked with her to school side by side.

“We are all equal in our society,” Bendarovsky said. “I came here to give my support and raise awareness for inclusivity.” He described the behavior of people who threaten children’s rights as “unacceptable”.

“Especially when it comes to children with atypical development. Not only do they deserve the same rights, but they should also feel equal and welcome in the classroom and in the school yard. It is our duty, as government, but also individuals. The key is empathy.”

See also  Israel: A Greek tanker was not involved in an environmental disaster | Abroad