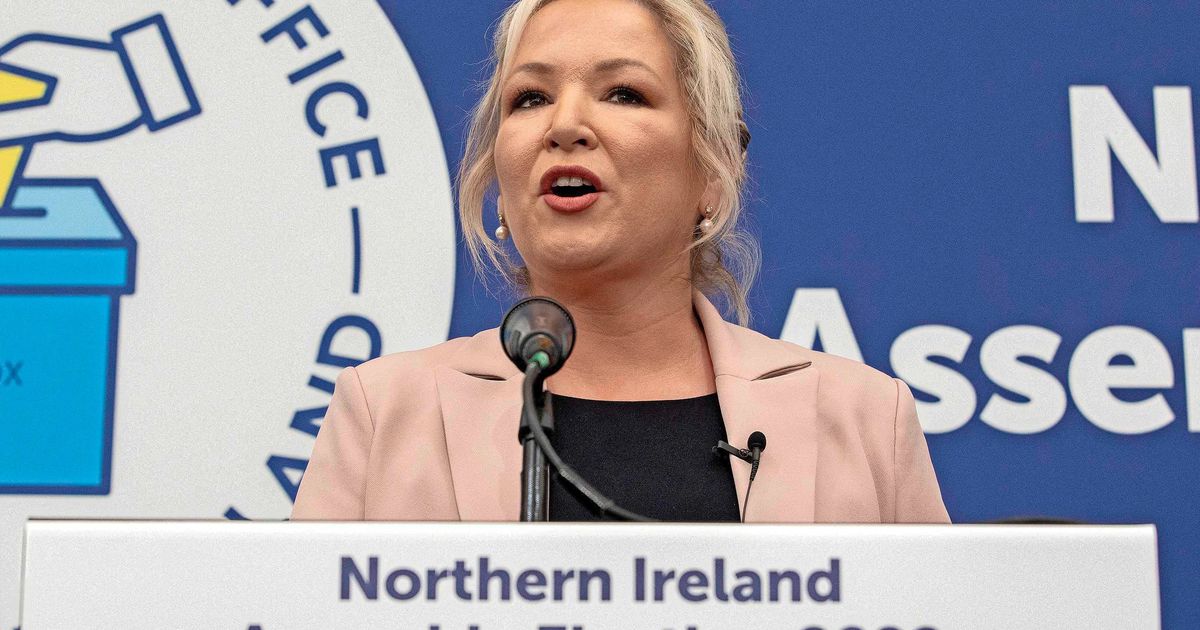 Sinn Fein, with its Irish Nationalist and Catholic supporters, won at least 27 of the 90 seats in Parliament. The rival, pro-British Protestant Democratic Unionist Party (DUP) lost at 24 deputies. The last time, the difference between the two parties was one seat in favor of the DUP (27 vs. 28). The Liberal Center Alliance scored a major win, moving from eight to at least 17 seats. Two have not yet been assigned.

Winning party leader Michelle O’Neill spoke of a defining moment in history and the harbinger of a new era. “This day symbolizes a radical change,” the politician responded to the report that Sinn Fein, as expected on Friday, had become the largest faction in the Northern Ireland parliament.

According to O’Neill, there should now be an “honest discussion” about the party’s goal of union with the Republic of Ireland. The electoral victory does not change the status of Northern Ireland at the present time. To leave the UK, a referendum is required and the British government decides so. This may take years.

Sinn Féin is the former political wing of the IRA, a movement that fought violently to join Ireland. The current party leader has already said he wants to focus on the rising cost of living and healthcare.

Sinn Fein wants a referendum on the reunification of Northern Ireland with Ireland, but does not want to immediately. Northern Ireland emerged a century ago as a Protestant break from predominantly Catholic Ireland.