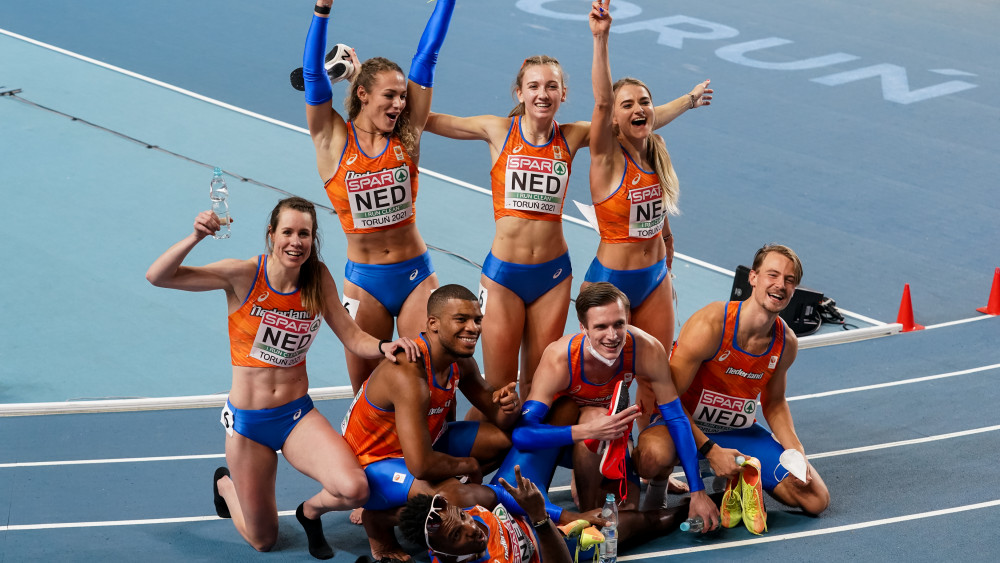 Lisan de Witt and Jochem Dauberre will not be part of the relay teams at the IAAF World Championships in Athletics. The IAAF just announced the selections for the 4x400m race. Both Noord-Hollanders, who have been part of successful teams in the past, have to take a step back.

De Witte and Dobber played a key role in the 4x400m sprint during the World Indoor Championships. The women won the silver with the team consisting of Lake Claver, Vimick Paul, Evelyn Salberg, and Lisan de Witt. Klaver will be able to compete in Eugene on 4×100 and 4×400 metres. Enkhuizense is a spare runner at 4×100, but is now a fixed value at 4×400. Jamil Samuel, who won bronze in the 200m last weekend, is also part of the 4x100m team.

While Lisanne de Witte has to let the 4×400 pass, her sister Laura de Witte is on the starting list. De Witt finished fourth in the Dutch Athletics Championships. In the men there is room for Isayah Boers and Tony van Diepen on the 4×400 metres. During the World Indoor Championships, Van Diepen won the bronze medal with the Dutch national team. Dobber was part of the team at the beginning of this year, but did not reach the FIA ​​World Indoor Championships final.

Watch the relay teams for the Indoor World Championships below

See also  Football and Sports | The director of the national team said about the Norway draw in the World Cup:

The World Athletics Championships will be held in Eugene (USA) from July 15 to July 24. 4×400 relays are the final part of the world championship.