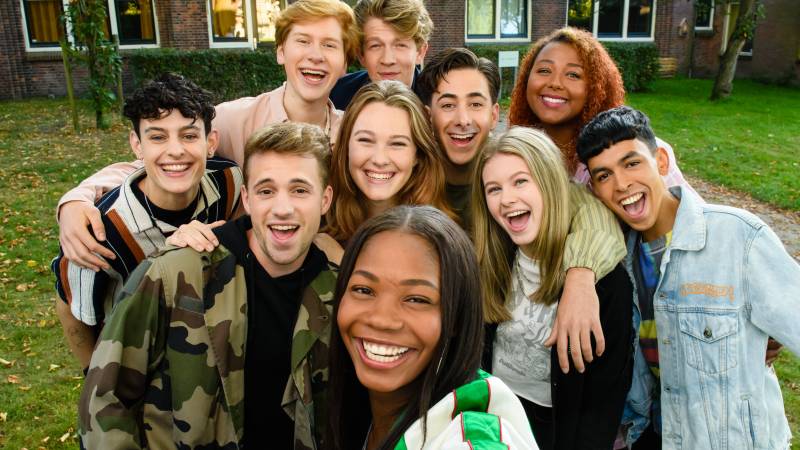 NPO and broadcaster KRO-NCRV will stop with the youth series after fifteen years and more than 2,500 episodes Spangas† According to the makers, children’s viewing behavior has changed dramatically in the past 15 years. The final episode will air on April 28.

The series revolves around the experiences of ten high school students in the Netherlands. In the program a lot of attention was paid to such urgent topics as bullying, poverty, mourning and love +. The series has been awarded multiple times, including by Gouden Stuiver for Best Program. Two films were also made about the series.

“It is important for children to be able to reflect themselves to others and thus connect with topics that make them think,” says Susan Konzeller, Director of the NPO. “At the same time, we see that children’s viewing behavior has changed dramatically over the past 15 years, which is why we are now exploring different ways to create a modern and socially engaged children’s program.”

Director Peter Kuipers KRO-NCRV spoke of an “icon of Dutch youth television”. “The series makes big and sometimes dangerous social topics accessible to younger viewers and also serves as a conversation starter between parents and children. I am proud that we have been able to inspire and entertain children for fifteen seasons with Spangas†

In the coming weeks, it will dominate the series The Farewell, including the Farewell podcast. Fans can also leave a farewell message on the series’ website.