Old cockerels have their own indoor skate park 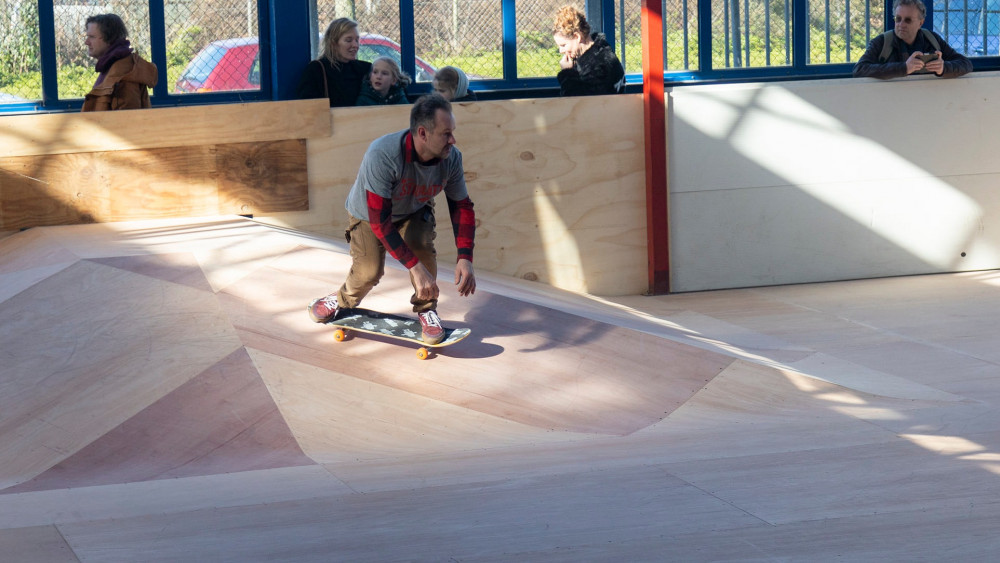 When Davey Ackermann, 49, discovered seven years ago that Alkmaar did not have an indoor skate park where skaters could meet, he decided to create such a place himself. He and a group of friends raise money through sponsorships, a crowdfunding campaign, and a one-time subsidy. For example, to rent space, buy building materials and organize activities. Skatepark is now STREET! Open for more than seven months.

As a skater, Davey Ackerman knows better than anyone how important it is to have a place to go. “Skateboarding is the outlet that I use, by heart, pure focus on tricks with the board. When I was at the skate park in Daalmeer for the umpteenth time with other people over the age of 40, I thought: What if the weather gets worse right away? We have nowhere to go. I wanted to realize a place like this.”

Seven years later, he decided to fulfill his dream. Together with a group of “old” skiers, as Davy calls himself and his friends, he visits several skate parks for inspiration and looks at potential locations for his own skate park.

Finally, the eye falls on De Drukkerij on the Marconistraat in Alkmaar, an old industrial-style building equipped with a large number of windows on all sides. It has been sold. “I went to see what the options were.”

The group of men was eager to sign a lease for the space, but there was nothing so far but a site. Despite the fact that they found this exciting, they decided to continue with the plan. The whole project is not running smoothly, because the first support request was rejected.

“I am proud of what we accomplished together.”

Undeterred, the group decided to set up a fundraiser to purchase supplies to build a skate park. The willingness to donate seems great, as they collect €8000 within a short time. They also receive a one-time subsidy from the Alkmaar municipality.

“We used that money to buy building materials and get to work,” Davey says. At first, the group wanted to lay a new concrete floor, but this soon proved too costly. “Eventually I bought a set of lumber through an auction and we started building with a group of volunteers.”

Meanwhile, the skate park in De Drukkerij, run by volunteers, is shingled and filled with various obstacles for skating. From half a wooden tube to the edge of the curb, a long block with edges to put on the slats and milling. “We have recently started working on various projects,” says Davy proudly.

The projects range from graffiti workshops to skateboarding lessons for young people with autism. 30-Plus Skate is organized on the last Friday of the month. “My daughter Gib also has girl and snowboard sessions.”

Davy looks at the entire project with great satisfaction. “I’m really proud of what we accomplished together. I think it’s beautiful.” He even left part of his teaching job for it. “I went from four days of schooling to 2.5 days,” he says happily. “Tomorrow I can go back to the rink.” In the coming years, Davey hopes to expand the park and turn the skatepark into an established place where young people passionate about street culture meet.

“To make ideas tangible in your head, it pays to share them. You don’t have to do it alone. You also need others. Once you announce plans, you can’t go back creating some kind of snowball effect. And that really helps.”

📧 Contact editors or journalists in your area via Our tip form.

🔔 Stay up-to-date with the news of your area, download the free NH News app via App Store or the Google Play Store.