Once again, the death of the US police press detainee, and the family is compared to George Floyd 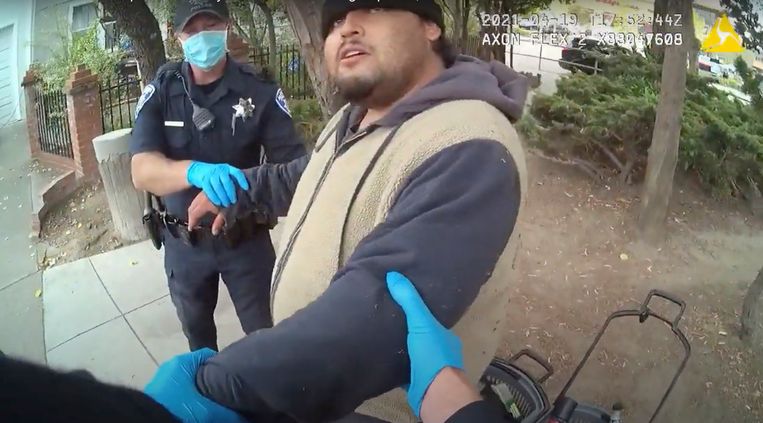 “ The police killed my brother the same way they killed George Floyd, ” Gerardo Gonzalez said after police photos. release him Dependent Body Cam From an agent. The accident occurred in Alameda, California, the day before Minneapolis police officer Derek Chauvin was convicted of killing Floyd. He died after Chauvin held him under his knee for nine minutes.

The footage shows police officers trying to handcuff Gonzales after receiving a call about a confused or drunk man in a park. Gonzalez resists, after which the officers push him to the ground. “Mario, please stop fighting,” one of the officers said.

When he tried to break free, an officer tried to restrain him with an arm over his neck and one knee on his shoulder. Another officer holds him knee on his back while the fat man gasps and begges, “I didn’t do anything!”

Five minutes later, Gonzalez gave up his resistance. Perhaps this is when he loses consciousness. When an officer notices that he has stopped responding, they turn him on the back and try to activate his heart again. Gonzales died on the way to the hospital.

Alameda deputy police commissioner Randy Finn acknowledged the difficulty of viewing the photos. But he did not want to pass judgment on the actions of the three agents who had been sent on paid leave. Police have asked an independent law firm to investigate the incident.

The Gonzales family demands that all photos be published. According to them, Gonzalez did not oppose the agents and answered all questions. His mother, Edith Gonzalez, said her son had blue lips with grass and sand between them when he was turned over on his back.

Earlier this week, the FBI opened an investigation into the death of Andrew Brown, a black car driver who was shot dead by police in North Carolina last week while trying to arrest him. Lawyers for the Browns say he was shot in the back of the head as he tried to drive away.