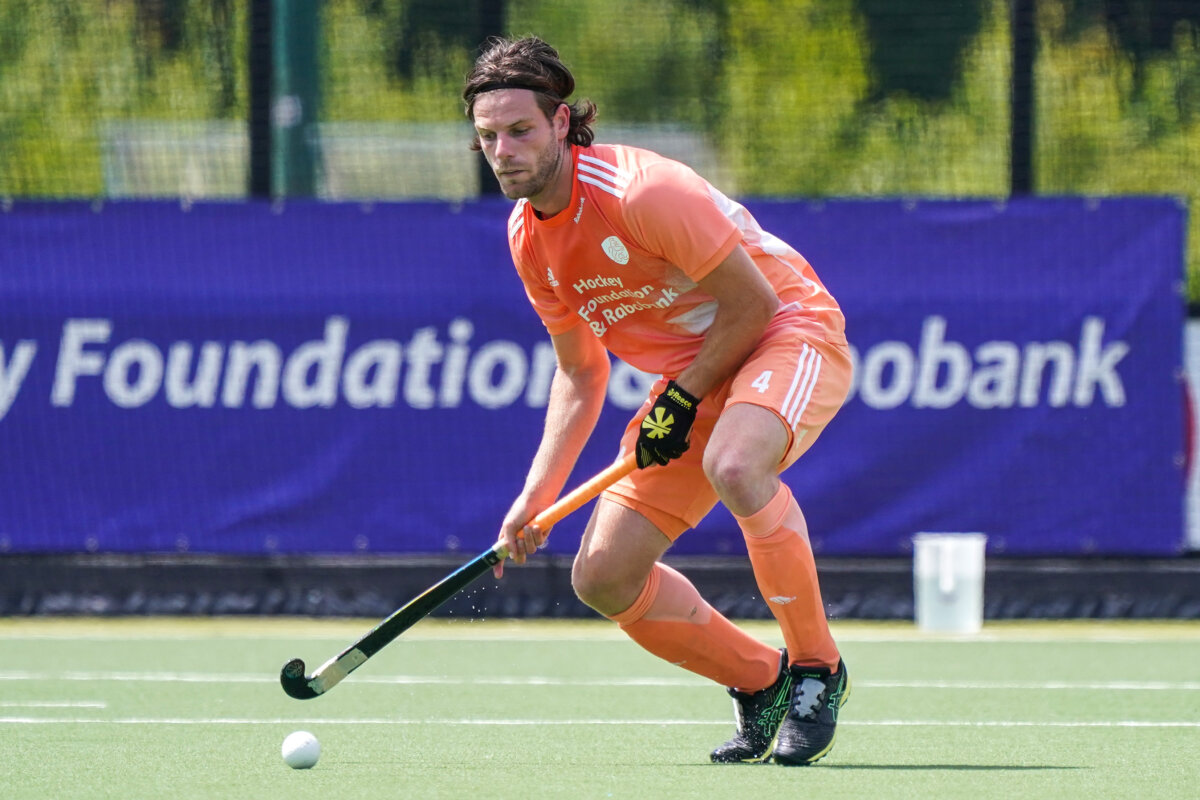 The Orange men also won the second Test against New Zealand in Eindhoven on Saturday afternoon. Goals from Steyn van Heiningen, Thierry Brinkman and Djeb Hoedemaekers gave the Netherlands a 3-0 win. As Lars Falk saw it, the Dutch showed they had learned from their mistakes in Friday’s 4-3 win.

“Yesterday it wasn’t good enough,” said the 26-year-old defender. Black sticks On the Oranje-Red terrace. “We won that game, but it was very sluggish on our part, with very little energy. We talked to each other about it. There was more confidence today.’

The Orange were very close to the New Zealanders from the second game on Saturday. The attackers put full pressure on the man in possession and kept the gaps perfect. It should be Black sticks It felt like playing hockey in a pressure cooker, with no chance to breathe. This led to countless ball wins on the Orange side.

On the first turn of the ball, Falk personally allowed a fierce chase. ‘Radiate!’, The chief of defense rang loud in the main stadium in Eindhoven. ‘We discussed it in Friday’s debate. Each time we have to go in full breath, open the faucet all the way, and reveal that there is nothing to hold us against. I wanted to make it clear through that cry.’

Orange’s approach was successful. New Zealand rarely got close to goalkeeper Moritz Visser and the Orange dominated the first half. It was in the nineteenth minute, after chances for Jip Jansen (from a penalty corner) and Djeb Hodemakers. Steijn van Heijningen, released by Terence Peters, made it 1-0 with Cupflats’ glancing backhand. Moments later, Thierry Brinkmann scored with a backhand against the ropes to make it 2-0. 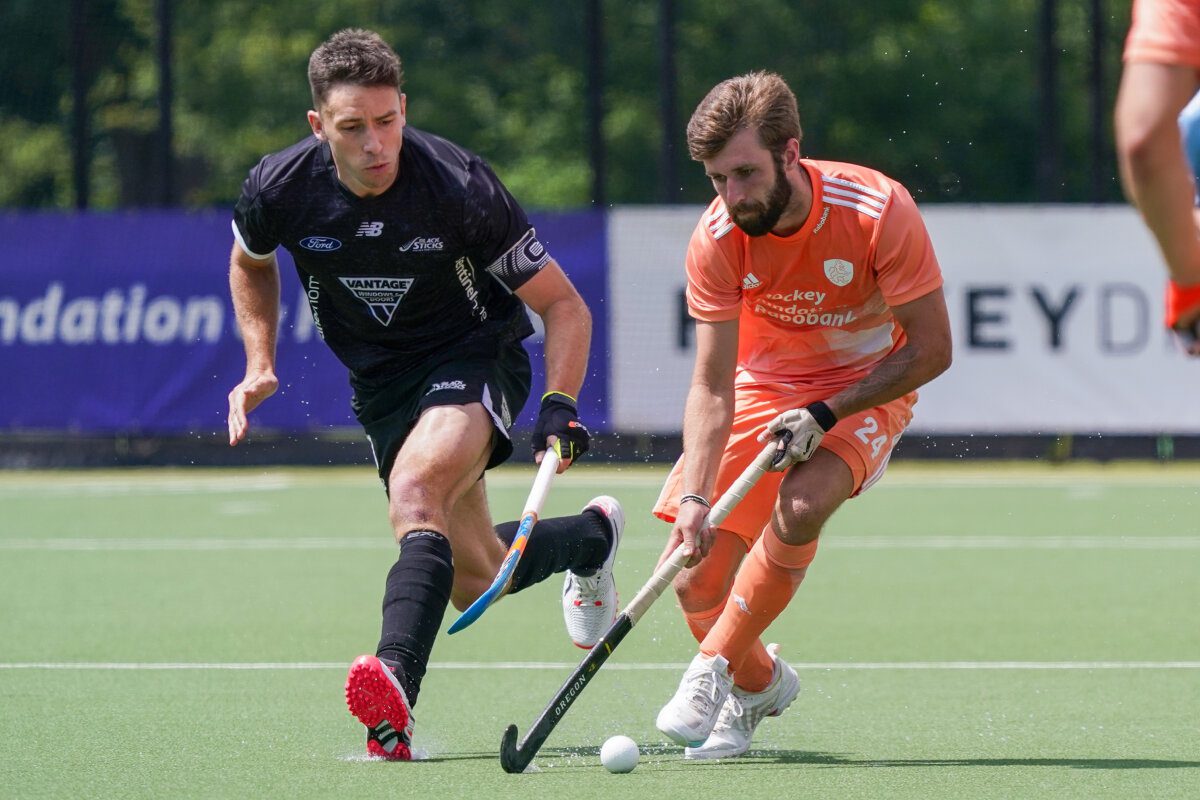 Where the Orange slumped after the break against New Zealand on Friday, there was no resurgence on Saturday. Just before the end of the third quarter, Terrance Peters laid the ball out to Djeb Hodemakers, who pushed in to fall 3-0. In between, New Zealand took two more penalty corners, but the first offshoot Falk kept those efforts harmless with one hand.

In the last fifteen minutes, the Orange could have increased the score further. Pietersen shot hard past the glove of goalkeeper Jörg Enersen with his backhand and Dijmen Reijenga saw his tip-in flicked on by Jorid Kroon’s brilliant pass. So it went 3-0, the second international under national coach Jeroen Delmy, in which the Orange kept a clean sheet after the previous 0-3 against England on June 4. 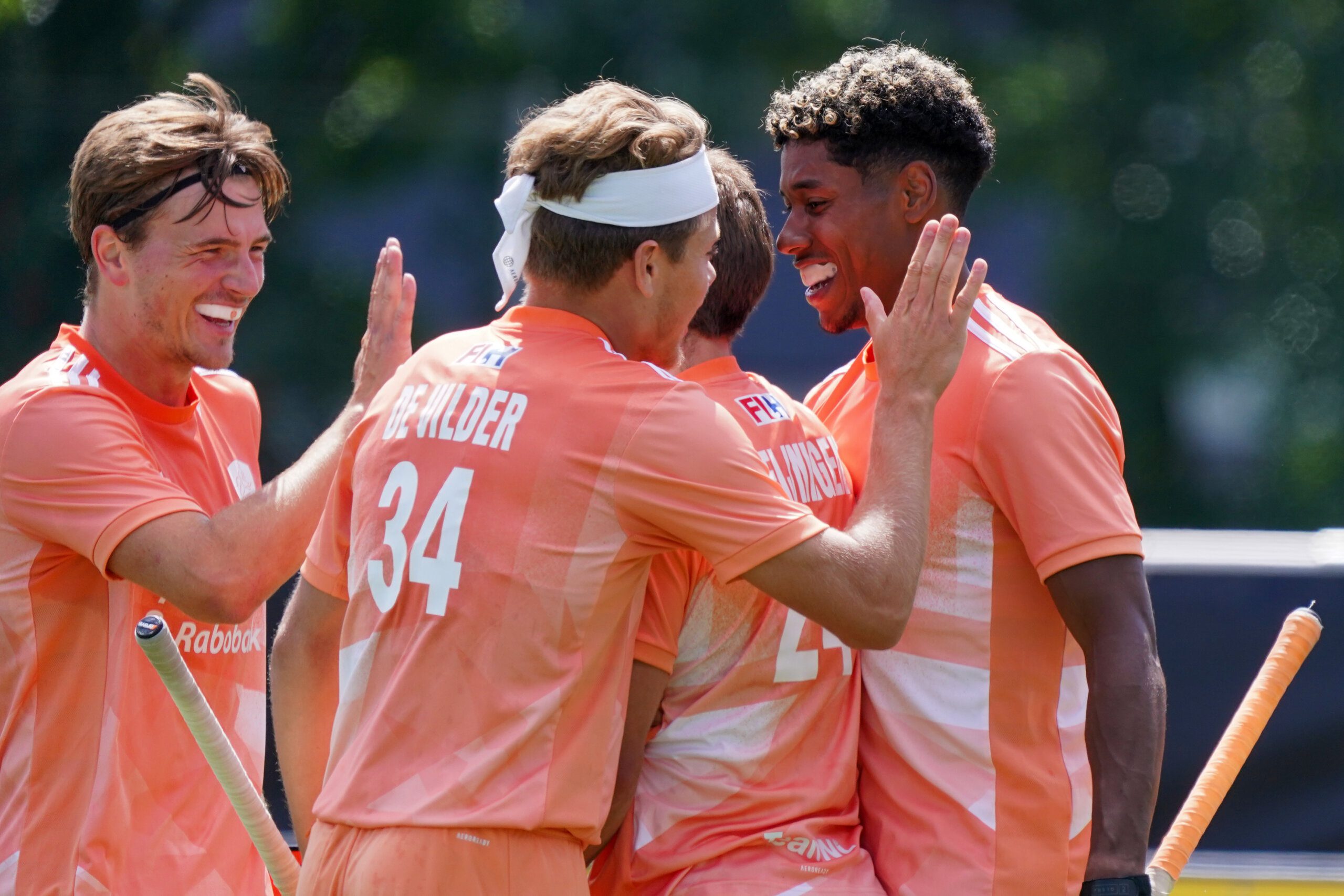 The happy faces of Jorid Crone, Dirk de Wilder and Terence Pieters after one of the three goals against New Zealand. Photo: Orange Pictures

‘Of course I respect that,’ Falk answers the question A clean sheet Even more important. “It’s great to have a clean sheet in an international tournament. Just as it’s good for the strikers to score, a zero for the backs is also good. Maurits Visser had some good saves today, but in the end you do it. A clean sheet With the whole team. Journalism starts with the strikers.’

Snacking on his healthy sandwich, Falk notes with satisfaction that the past two days in Eindhoven have been an instructive diptych with New Zealand. ‘We have become wise again. Yesterday we let them walk over us in the second half. Today we stood tall at to stand We shouldn’t suddenly start playing sloppy hockey with a 2-0 lead. We announced that to each other today after 2-0. It’s great that we’ve made progress on that.’