Orange Lions need only win to qualify for World Cup: ‘I feel the girls didn’t mess up’ | Dutch football 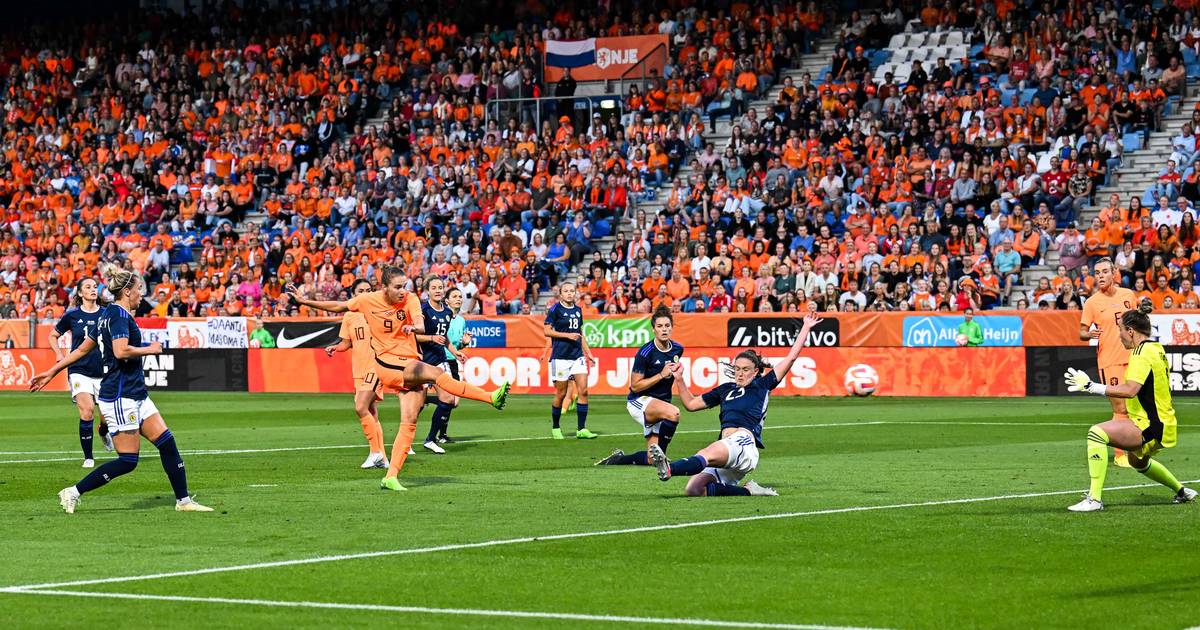 The Orange women should qualify for the World Cup qualifiers directly from Iceland tomorrow. If Iceland takes a point or more, national coach Andries Jonker’s side will be pushed into the play-offs. “Belief in merit is great.”

Thinking in visuals is no longer necessary for Orange. The profits are enough for a direct ticket to Australia and New Zealand next summer. A draw or loss to Iceland, two points clear of World Cup qualifiers, means the play-offs – which reach the finals as in the 2019 World Cup – should provide a solution.

The Orange Lions dropped points in qualifying against the Czech Republic twice last year (1-1 and 2-2). “We struggle by not winning those matches,” admits Vivian Miedema. Other enemies were defeated, including Iceland. Almost a year ago, goals from Daniëlle van de Donk and Jackie Groenen were enough to put the country aside.

Scotland don’t have a bad team, although I think Iceland are stronger on paper.

,, We weren’t tough last time in Iceland, but I think tomorrow will be a very different game. A draw is good enough for them, but realistically I expect them to go all out. They are physically very strong. If we score quickly it will suit us and then the gaps will widen. If we don’t, they will retreat.”

For Jonger tomorrow in Utrecht (8:45pm), only Shanice van de Santen is still a question mark. He was also absent from the Test against Scotland. Jonker thinks his team is quiet. ,,I feel that women are not confused, I have also experienced something in my career. Confidence in merit is great. However, we feel pressure from outside.

The national coach expects the same game picture against Scotland. ,, We have to break the wall, they are looking for a counter as much as possible. They will do everything in their power to bring what they need. We have respect for Iceland and we take our hats off to their results at the European Championships, but we believe we can beat this team.