Ossei Luna (10) Dutch Alpine Skiing Champion: “The most beautiful victory of my life’ 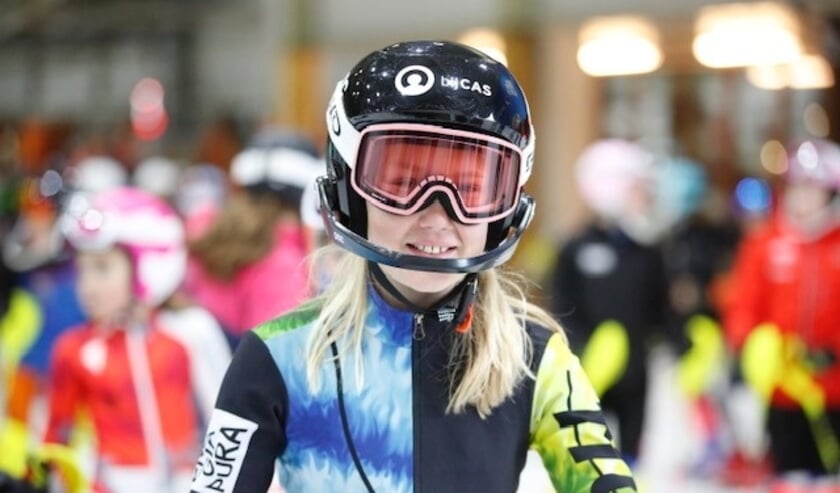 LANDGRAAF / OSS | Luna Verwijst became the Netherlands champion in girls’ 10- to 12-year-old Alpine Indoor Skiing last Saturday. 10-year-old Osse was too strong to compete in the SnowWorld Landgraaf in the slalom.

The morning began with the children’s cup and Luna immediately performed her favorite role. She came first and qualified directly for the Dutch championship later that day. She also proved to be the strongest in her age group during the Dutch National Championships. “I was very nervous before the start and had butterflies in my stomach,” said the 10-year-old student at Nicholas School. “Before the race that feeling was gone and I was just thinking about the race. It went well, but the race was definitely not perfect. I didn’t realize right away that I had become a champion for the Netherlands. In fact it still is. It is the best win of my life.” On the podium she got a beautiful cup in her hands. “Biggest trophy I’ve ever won. It has a nice setting on the windowsill.”
Luna started skating at the age of five and it turns out she has talent. Today she trains twice a week on the brush track at Alpine World Oss and on Sundays on snow at Landgraaf. She wants to keep improving with technique and slalom training. Osse definitely has goals. The Olympic Games are the ultimate goal. It is not far away, but everyone can dream. “I just love to skate. I can really get my hair down while racing.”