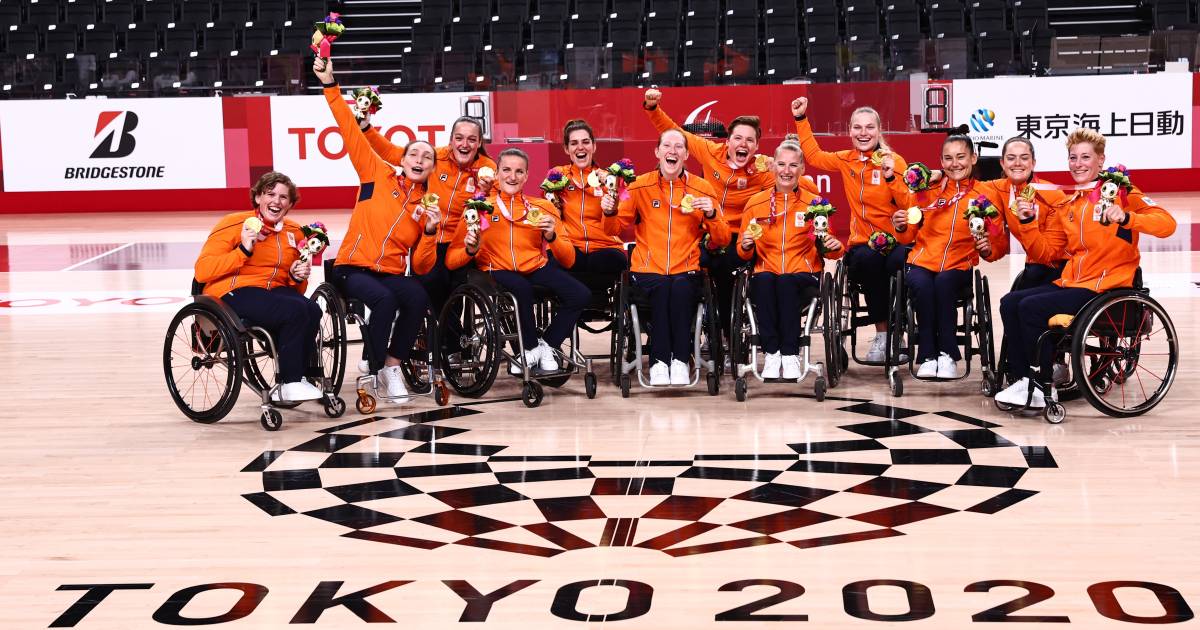 The 73 athletes who were active on behalf of the Netherlands at the Paralympic Games won a total of 59 medals. Wheeler Nikita Den Boer was the last TeamNL athlete to receive a medal on the last day: a bronze in the marathon.

With 25 gold, 17 silver and 17 bronze medals, the Netherlands is fifth in the medal standings, with the amount of gold making all the difference. China was by far the most successful with 96 gold, 60 silver and 51 bronze. Great Britain, the United States and Russian athletes followed suit, who were not allowed to participate as Russia but as the Russian Paralympic Committee (RPC) due to a doping penalty. They were not welcomed at the Rio 2016 Paralympic Games and Pyeongchang 2018.

Judging by the number of gold medals, the Netherlands has not done well since 1988 (31 gold medals). Fifth place was the best result since 1976, when the Netherlands finished second in the Canadian city of Toronto at the then smaller Paralympic Games.

Head chef Esther Vergeer was more than satisfied with the result, although she had one caveat. “Overall we got more medals in Rio 2016: 62 compared to 59 now. But that also has to do with our strict selection policy.” In Rio, the Dutch delegation was still made up of 126 athletes.

Handbiker Jetze Plat and swimmer Rogier Dorsman were the most successful athletes on TeamNL Tokyo, both with three gold medals. Dorsman carried the Dutch flag during the closing ceremony on Sunday. Platt did it already at the opening ceremony.

Watch our sports videos below.

Does what the Netherlands, as a small country, does affect you well?
You can reply at the bottom of this article. Comments will be posted with full name only. We do this because we want a discussion with people who support what they say, and who put their name on it. If you still need to enter your name, you can do so by clicking “Login” at the top right of our site.