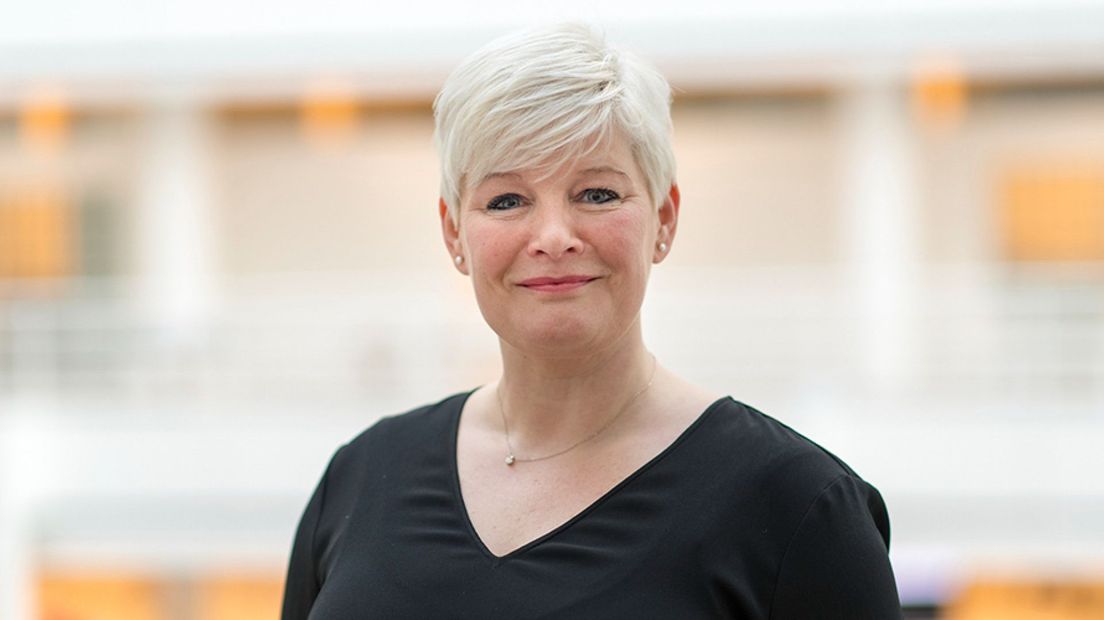 The Hague – Green Links is the only party in The Hague to win the party leader’s election this fall, with party members deciding who is best suited. Three candidates arose wanting to pull the GroenLinks wagon toward the municipal elections on March 16, 2022. Party chief Arjen Kapteijns and Vincent Thepass, unknown to the outside world, have already registered. Chancellor Marielle Favier also joined this week. What drives Favier to fight the leader of her party?

The appointment with Vavier in Emma’s Hof courtyard in Regentessekwartier. The boundaries of the park in which she lived sixteen years. Emma Hoff is a neighborhood initiative. The locals did not want to convert an empty building into an apartment complex and create an enterprise. This establishment ensured that the empty building gave way to an idyllic green city park.

Marielle Favier (50 years old) has worked with GroenLinks for some time. From 2011 to 2015, she was a member of the support group for the party states faction in the South Holland County Council. Thereafter, she was a party representative in The Hague City Council for a number of years, and with the March 2018 elections, she was elected as Chancellor of GroenLinks in The Hague.

If you became a party leader, would you promote these kinds of neighborhood initiatives more?

Sure, GroenLinks has promoted neighborhood initiatives for years. Not only are these kinds of initiatives where people are revolting against project developers who are constantly taking a bite out of public spaces, but also when it comes to the energy transition and building green roofs and facades.

I believe a new left and green should be heard and that is why I would like to lead GroenLinks in the next term of office.

She says: New green voice. Have you not been able to make that sound properly in recent years?

Of course there was already and we have already achieved many green results in the last period. But I think it’s good if it’s managed differently.

Is this a criticism of the current leader, Arjen Captigens, who also ran as party leader?

No, definitely not. I don’t consider it a counter-candidate from Arjen. I think he did a really good job. My primary motivation is that I think we need to innovate. It is also about my personal ambition and my will to lead this great party.

How will you deal with this innovation?

As GroenLinks, we can provide the most realistic solutions to people’s tangible problems. I see, for example, that the municipality is too big and impractical and that the city council and policy makers are thinking too much. We have to look more at the practice and we have to go into the districts and the neighborhoods and the streets. There we must arrange that the problems are addressed and resolved.

In his previous tenure, GroenLinks attended a training course with, among others, Hart voor Den Haag/Groep de Mos. I can imagine that the collaboration with Groep de Mos was a problem for supporters of GroenLinks. How do you view this cooperation?

Left and right see basically the same problems in the city. We are all aware of those problems. Only the approach is different. As GroenLinks, we say we must tackle these problems at their root. So they fought poverty and inequality and helped people find work. And from the right-wing populist side, it is always said: they are bastards and we must deal with them with camera surveillance and repression. But this is not the solution for me.

Are you worried about right-wing populism?

Yes really. We are at a tipping point and we have to be careful not to get the biggest shout out of the space. Above all, we must keep an eye on the people who are already in trouble.

Is this too little?

Yes, I think there is really a lot of interest in people with big mouths, extremists, and polarized opinions. And people with a large wallet who can arrange everything in the city are also very interested.

How can GroenLinks seemingly have a good answer to this in recent years?

We’ve already done that. GroenLinks has made college – including with Groep de Mos – pay more attention to people whose voices are not being heard enough. I think our board members and the group have done really well on this. I just think it could be higher and higher.

GroenLinks has been a Mayor and City Council member since 2018. That year, the party was one of the big winners in the municipal elections led by party leader Arjen Captijns. GroenLinks has risen from two to five seats. Together with Hart for Den Haag/Group de Moss, VVD and D66, the party formed the college. But in the fall of 2019, this alliance fell apart, because members of the local council Hart for Hague de Moss and Grenaoui turned out to be suspects in a corruption case. So VVD, D66 and GroenLinks no longer wanted Hart voor The Hague and then continued with PvdA and CDA.

It became known nationally for the “Bikini Line”, an HTM beach tram. I’ve called this term sexist. Do you regret bringing this up afterwards?

that’s not the point. If you look at the sheer amount of hate and disgust I received on this tweet, I think I at least pressed something that hurt me.

Didn’t you think: Maybe I’m wrong in my comment about a funny name?

Anyway, this joke led to a lot of hatred for a politician saying something about it. We call it innocent.

Did that surprise you?

Of course you expect responses, but my entire inbox is completely full. I did not expect that. There are a lot of intense messages, but there are also messages with honest questions. I answered almost all of my emails, and it took a day and a half. I explained to all these people why I’m thinking what I’m thinking. Then I got emails from surprised people who thanked me for my response. “We still disagree,” they wrote, “but best regards.” Then I think it’s also good to keep in touch with each other. You can disagree, especially in a big city like The Hague. You should be open to each other’s arguments and each other’s values ​​and emotions.

GroenLinks will now have the party leader elected. Is this favorable or unfavorable? Sometimes a moth occurs.

I have complete confidence that there will be no butterfly in GroenLinks. GroenLinks is the only party in The Hague that makes local democracy work and has talents that stand to dedicate themselves to the party and the city. I think it’s good for GroenLinks just to show off the talents we all have at home.

On Saturday 18th September there will be a debate between the leaders of the parties with the three candidates. It should be clear by the end of September who party members have appointed as leader of GroenLinks.