Planning Bureau: Due to strict rules in some places, farming will not be possible soon 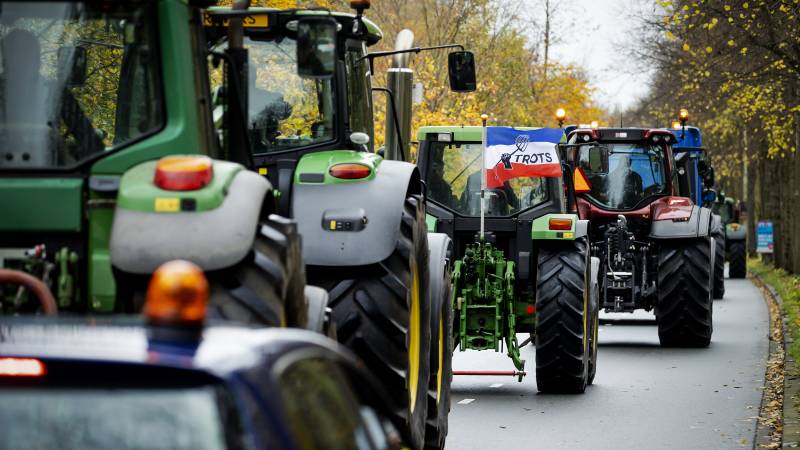 Due to strict nitrogen and climate rules, cultivation is no longer possible in areas of weak nature in the long term. This is what the Dutch Environmental Assessment Agency says in a recommendation to the subsequent Cabinet.

In the coming decades, agriculture will have to deal with increasingly stringent nitrogen regulations. The Planning Office, which conducts research into policy consequences in the field of environment, nature and spatial planning, warns of far-reaching consequences in some areas. It would be an “unprecedented transformation of the rural area”.

Honest about the consequences

In certain areas, for example, there will be no room for ranching and arable farming. Not even when the farms make adjustments, such as adapting the stables or giving different animal feed.

According to the planning office, the new government must be honest about the consequences for agriculture. Because the rules will have a huge impact on the tens of thousands of farmers who live and work in those areas.

At the beginning of March, the House of Representatives passed a law stating that nitrogen emissions must be phased out in the coming years. More measures are also being taken to protect nature.

The planning office concludes that the current nitrogen approach does not focus sufficiently on places where nature is at its worst, such as high swampy areas in the east and south of the country. By taking random nitrogen metrics, the quality of nature there may deteriorate. The PBL says it’s most effective to take measures in areas where nature’s quality is deteriorating the fastest.

Several farmers’ organizations plan to demonstrate again next Wednesday. The working groups are angry at the government’s policy on nitrogen, which wants to drastically reduce nitrogen emissions from agriculture in the coming years. The plan of nitrogen experts, who, among other things, advise the Department of Agriculture to buy farmers near vulnerable nature reserves, has received a lot of criticism from the sector.

Working groups Agractie and Farmers Defense Force (FDF), among others, are involved. The protests were planned at Malieveld in The Hague as well as at the regional level. Details of the procedures are not yet known.

The PBL report is not a new nitrogen plan, but rather advice based on different nitrogen and climate requirements. Last week, a report was published in which experts called for an unequivocal approach to problems in nitrogen, climate and biodiversity in rural areas.