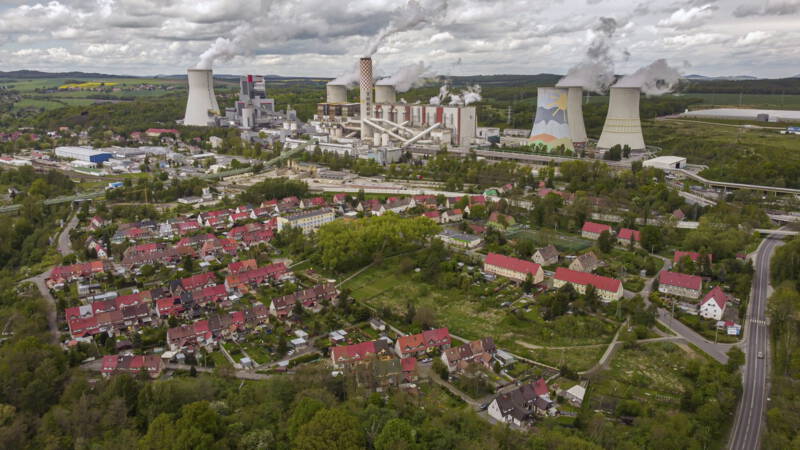 The Polish government recently extended the permit for the Turów open-air lignite mine for six years. Closing the mine would be impossible, according to the minister in charge, Jaroslaw Guen, because Turów is critical to the Polish energy system.

Poland is responsible for nearly 70 percent of its energy consumption reliant from coal mines. Nowhere in the EU is this higher.

The Czech Republic suffers from air pollution and soil pollution from the Turów mine. Much groundwater is also extracted from the Czech border municipalities.

Gwen conducted “very intense diplomatic consultations” with the Czech Republic to keep the mine open. Polish Prime Minister Morawiecki is proposing to build a large screen on the Czech border to reduce environmental pollution. Negotiations between the two countries are still ongoing.

The Czech Republic is asking for millions

However, Prague seems to be running out of patience with the Polish government. Yesterday, the Czech government announced that it will ask the European Court of Justice to impose a penalty on Poland for keeping the Turów mine open. Prague is demanding five million euros a day for ignoring the European ruling to close the mine.

Today, the European Commission announced its support for the Czech Republic in the case against Poland.

This is a unique case, says historian Michel Loening, who studies the application of European law in Central and Eastern Europe. This will be the first time that an EU country has forced another member state to comply with European law with the help of periodic fines.”

In fact, it only happened eight times before member states faced each other before the European Union’s Court of Justice, Loening asserts. Only two of them had already passed judgment.

In addition, according to the leader of Solidarnosc Gonerski, neighboring Germany wants to stop the construction of a nuclear power plant, which makes it impossible for Poland to stop lignite mining. “We are forced to relinquish our sovereignty and from now on we import expensive energy from France and Germany.”