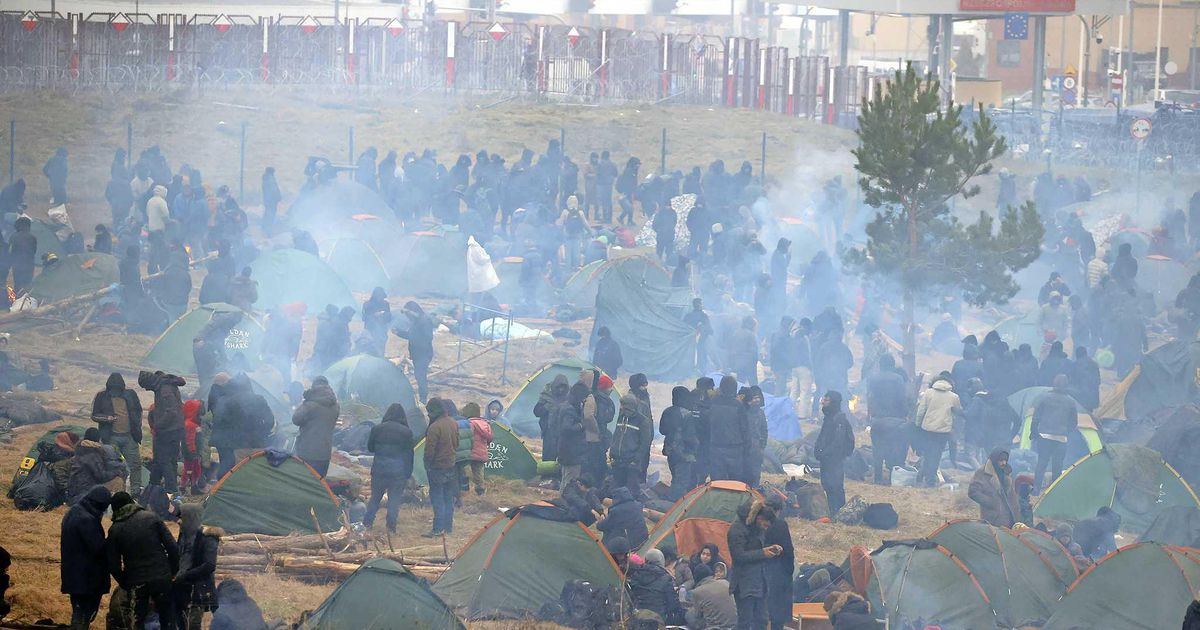 According to the minister, the migrants “again attacked the border last night.” Border Patrol counted 161 attempts to cross the border on Tuesday. On that day, Polish security forces used tear gas and water cannons against migrants who threw stones and other objects. This was a significant escalation in the months-old case that also affects Latvia and Lithuania. Nine police officers, a border guard and a soldier were injured, but none of them had to stay in hospital.

Several thousand migrants, mostly from Iraq and Syria, are moving in the border area, and the regime of President Alexander Lukashenko has urged them to do so. European Union countries say he did so in retaliation for European sanctions.

See photos of the situation on the Polish border with Belarus. The article continues below the video.

Not all migrants have to spend the night in tents. Belarus accepted some of them into temporary housing, where about a thousand people spent the last night. An estimated 2,000 others slept in their campsites in the woods in an effort to keep warm with the campfires.

German Chancellor Angela Merkel spoke to Lukashenko on Monday about the crisis, his first phone call with a Western leader since he cracked down on mass protests last year. Poland and the Baltic states were not happy about this. Lukashenko’s ally Russia welcomed the “very important” contact.