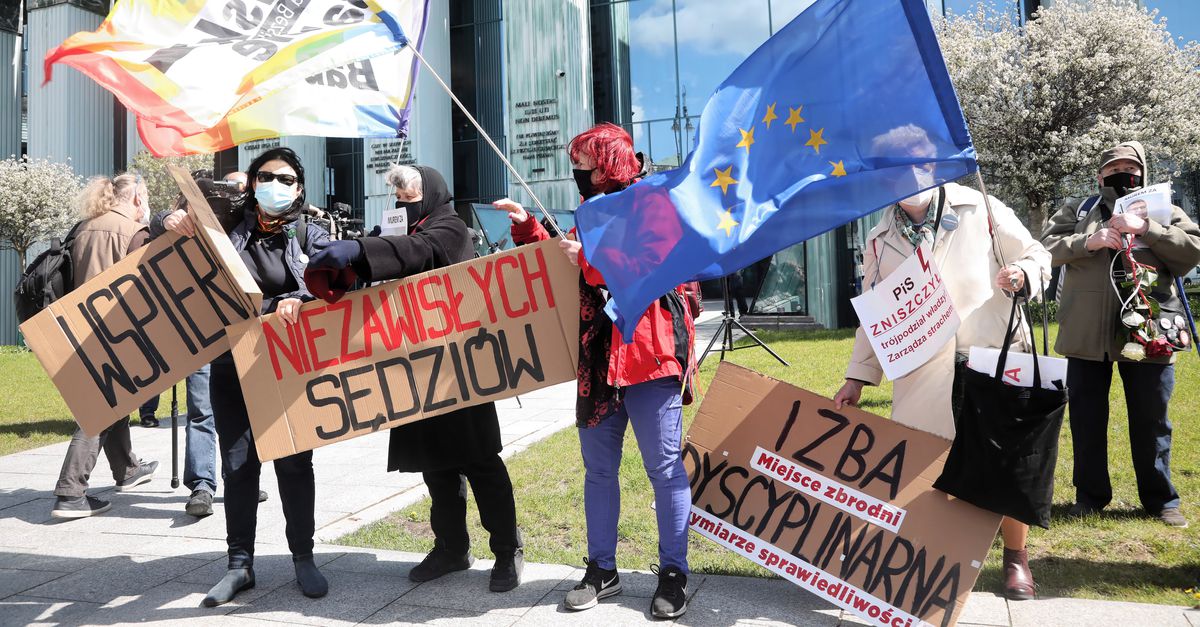 Poland will abolish its controversial disciplinary chamber for judges criticized by the European Union. International news agencies reported that the Polish parliament approved this on Thursday. Given the reforms, the central European country is likely to finally be able to claim more than 35 billion euros from the European Coronavirus Recovery Fund, provided the European Commission approves Polish recovery plans in early June.

For a long time, Poland was embroiled in a dispute with the European Union over stripping Poland of the rule of law. Last summer, the European Court ruled that Poland should stop punishing independent judges, which was set up by the conservative nationalist government in 2017. Critical judges in the country are punished financially or removed from office through a politicized disciplinary chamber. The court concluded that the disciplinary chamber had made Polish judges subject to political pressure, and thus “contradict EU law”.

Once the reforms are implemented, disciplinary cases will be heard by judges chosen by lot. At the moment, it is still done by a council of judges consisting of the Polish parliament, in which the Polish ruling party has an absolute majority. In addition, it became impossible to subject judges to an independence test after they delivered an unwelcome ruling.

Critics believe that the reforms are not sufficient to ensure independent justice in Poland. According to the conservative right-wing Minister of State for Justice, Sebastian Caleta takes all important doubts into account in the final version.

In October last year, the European Court imposed a rare €1 million per day penalty on Poland for refusing to close the judges’ disciplinary chamber. In mid-January, Poland requested a postponement of payment, as it was already in the process of canceling the disciplinary chamber. Then the European Commission announced that it would deduct the unpaid fines from the support it provided to the EU member state.