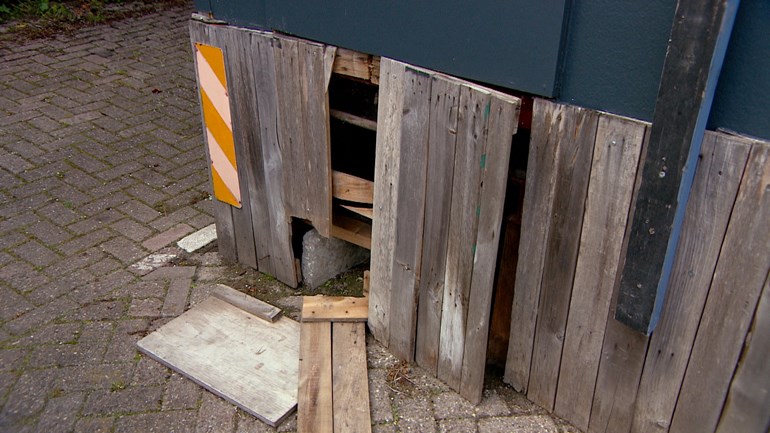 Sven Blickman is chairman of the Program Foundation. He gives a short tour of the building in Julianastrod. We start with the toilet group. There is already a strong odor during the day. “When we’re open, there’s a big sewage smell here. It’s very annoying and you really do not like it.”

We go out. Dangerous !! Walk on the diamond plate (or you give up) A sign on the back door warns. Plickman shows Brockmin’s changing rooms from the outside. It is a kind of portcaps extension to the original repository. The woodwork below is rotten. “It seems to be running. For the view, it’s important for our audience to be a little polite.”

The city council has not yet decided on the 3.1 million renewal plan. For that money, a new soundproofing hall should be built against the existing building. But it is already clear that not everyone is willing to pay the amount.

‘No money put in it for decades’

One seat in the House – Sandra Fontaine from Opposition D66 – considers it a good idea: “I think this is not a bad thing. “

Throwing down the existing program’s repository and setting up a pretty new pop grid would be a good choice for 3.1 million. But it’s still very much on Fontaine’s mind: “It’s undoubtedly a possibility. On the other hand, there’s something to such a shed.