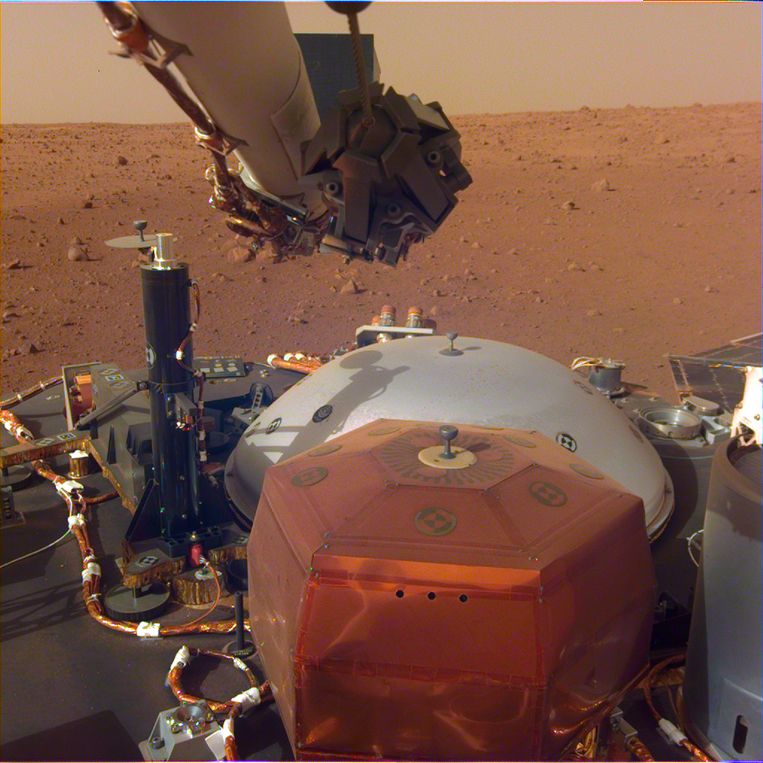 Robotic seismologist InSight has been working on Mars since 2018, researching the tremors and tremors of the planet, called Marsquakes, which could reveal the inner state of our cosmic neighbor. Over the past two years, more than five hundred have passed under his proverbial feet.

By tracking those earthquakes closely, researchers have been able to reconstruct the planet’s interior. The speed and direction of these seismic waves depend on the material they are traveling through. Previously, this type of data was only available on Earth and the Moon.

The interior of the planet is flowing as expected liquid heartWith a diameter of 1,830 km, it turned out to be slightly larger than expected. The outer edge of the liquid sphere extends up to halfway between the surface and the center of the planet.

It was discovered that under its surface Mars has only one underground rocky layer, with a thickness of 500 km, while the Earth has two layers. The core, like the Earth’s core, consists mainly of iron and nickel, and also has a somewhat lower density than previously thought.

Taken together, the findings should help reconstruct the birth of Mars billions of years ago. In the coming years, InSight will record more earthquakes, sharpening the inner view of the planet. In this way, the researchers also hope to discover what happened inside over the past billions of years.

Mars still has some big mysteries, such as why the planet contains the largest volcano in the solar system (Olympus Mons is now extinct), while it has few volcanoes compared to Earth today. By revealing the interiors of both planets in detail, one can discover where the differences come from.

Another open question is where the magnetic field of Mars went. On Earth, the flowing core acts as a kind of dynamo that generates the field, but such a field is almost absent on Mars. The possible explanation – that the once liquid core has now frozen – can indeed be eliminated with the new measurement data.

See also  Consultants D66, SP, VVD and Student en Stad want clarification on housing plans for the Zernike Campus in Groningen. “Is there still room for the promised housing in the future?”