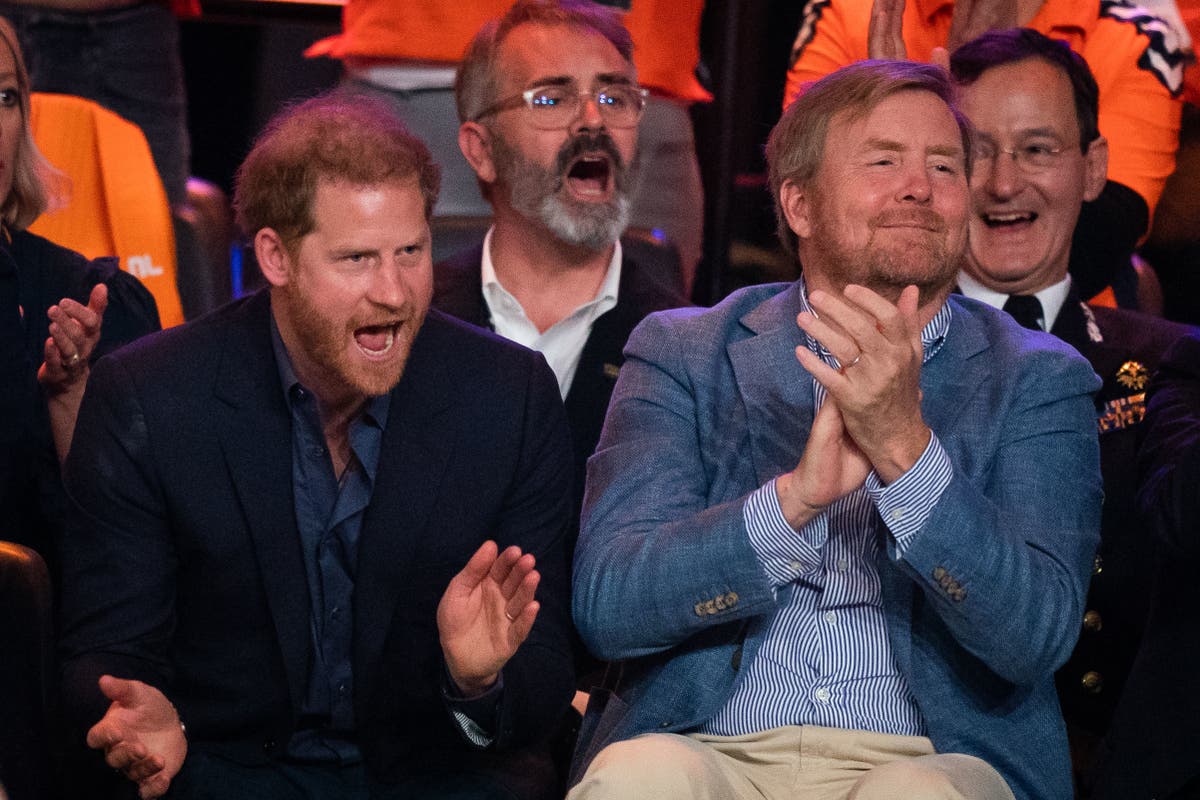 Prince Harry smiled when he met Dutch King Willem-Alexander at the Invictus Games.

Pictures of the sporting highlight show how the royal duo watch the wheelchair basketball final in The Hague.

Wearing a dark blue suit, the Duke of Sussex shakes hands with the King before entering to witness the confrontation between the Netherlands and the United States.

The duo is joined by Mart de Crieff, President of Invictus Games.

King Willem-Alexander is also expected to attend the closing ceremony of the Games, which will be held late Friday.

It comes as Prince announced the 2025 games website Invictus.

Harry revealed that the future tournament will be held in Vancouver and Whistler in Canada.

Announcing the location, Harry said: “Ladies and gentlemen, Invictus is back in North America and that’s a very, very good thing.”

The Duke follows the crew of an upcoming Netflix documentary about Invictus.

Harry and his wife Meghan signed a $100 million deal with the streaming giant in September 2020, but the pair are yet to produce content for Netflix.